Earlier this month, Pakistan even disallowed President Ram Nath Kovind’s plane to use its airspace. 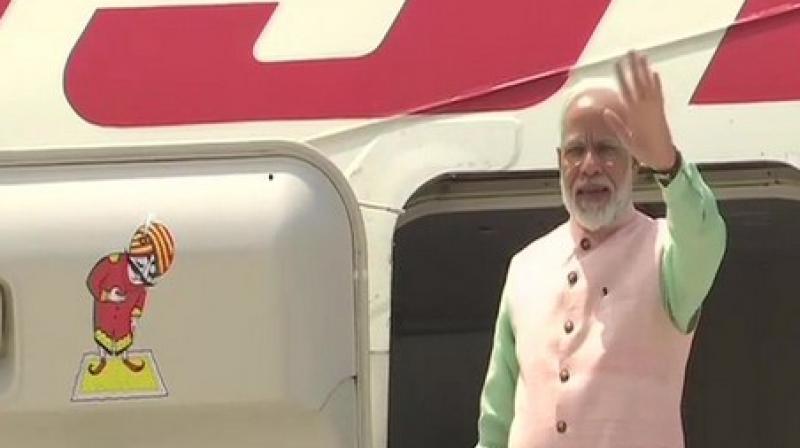 A senior government functionary explained that the permission was sought in the routine course. (Photo: ANI)

New Delhi: Prime Minister Narendra Modi will not fly over Pakistan on his way to the United States to attend the United Nations General Assembly later this month.

“We have conveyed to the Indian High Commission that we will not allow use of our airspace for Prime Minister Narendra Modi’s flight,” news agency ANI quoted Qureshi.

Indian officials trashed the Pakistani effort to make too much of the Indian request for the prime minister’s special flight.

A senior government functionary explained that the permission was sought in the routine course.

The Pakistan minister said there was a request from India to allow the use of former’s airspace on September 20 and a similar favour was sought on the return journey on September 28.

He further said that the decision was taken in view of the prevailing situation in Kashmir. Pakistan has been on the offensive ever since India scrapped Jammu and Kashmir’s special status by reading down Article 370. India also divided the now former state into two union territories: Jammu and Kashmir and Ladakh.

Pakistan has been protesting the Government of India’s move on J&K and has been raising the issue at every global forum available, including the United Nations.

India, on its part, has maintained that Kashmir is its internal matter and Pakistan has no right to make comments on the subject.