Abdullah, the 81-year-old patron of NC, was detained under the PSA on Sunday night. 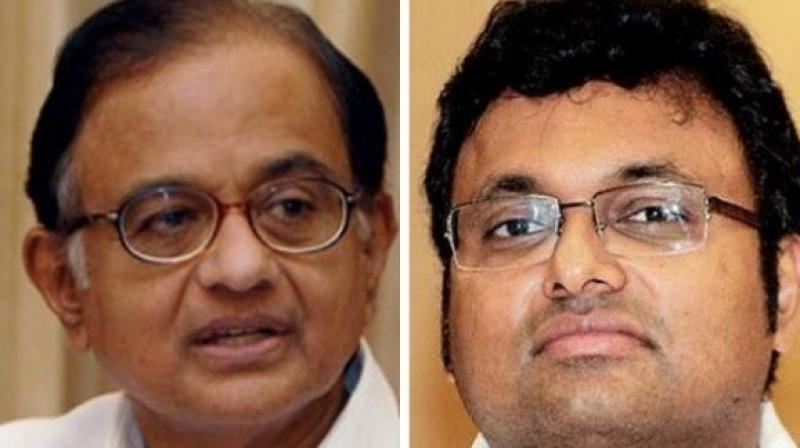 New Delhi: Senior Congress leader P Chidambaram, who is lodged in Tihar Jail on corruption charges, on Tuesday condemned the detention of former Jammu and Kashmir chief minister Farooq Abdullah under the stringent Public Safety Act (PSA) and said no one in the valley was more devoted to the idea of a united India than the NC leader.

"I have asked my family to tweet on my behalf the following: I condemn the detention of Shri Farooq Abdullah under PSA. There is no one in Kashmir more devoted to the idea of a united India of which J&K is an integral part than Shri Farooq Abdulla," Chidambaram said on Twitter.

In another tweet, the former Union finance minister said the fight for freedom was a never-ending process as he cited examples of public movements across the world.

"I have been reading news stories about protest movements across the world in Moscow, Hong Kong, France, Slovakia, Algeria, Myanmar, Romania and so on.

"The cry is for freedom. As a young Slovakian said, 'The fight for freedom is a never-ending process'," he said.

Chidambaram is in judicial custody since September 5 in connection with the INX Media corruption case.

Abdullah, the 81-year-old patron of the National Conference (NC), was detained under the PSA on Sunday night.

The Lok Sabha MP from Srinagar was under preventive detention since August 5, when the Centre abrogated Article 370 of the Constitution that gave a special status to Jammu and Kashmir and bifurcated the state into Union territories.