Although some villagers seemed to relent after a while and were willing to let him into Gollarahatti, others remained adamant. 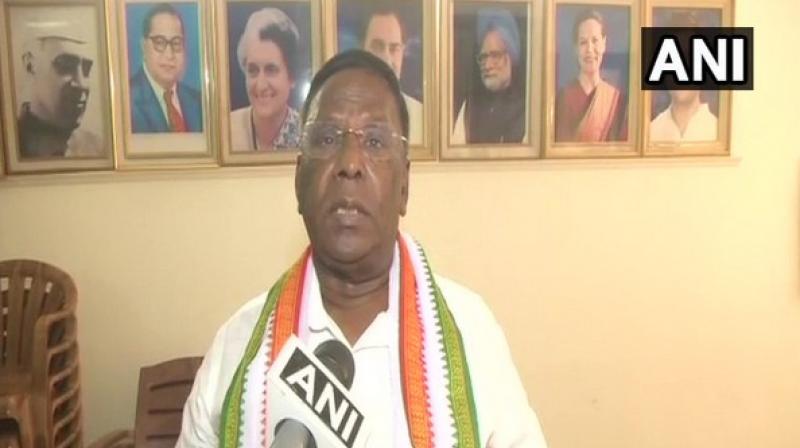 BJP Member of Parliament from Chitradurga, A Narayanaswamy (Photo: ANI)

Tumakuru: However prominent an individual may be, it appears his caste can still come in his way.  BJP Member of Parliament from Chitradurga,  A. Narayanaswamy learnt this the hard way on Monday when he was stopped from entering a village in Pavagada taluk, Tumakuru district, which has not allowed the people of his community, the Madigas, from entering it for centuries.

The BJP MP arrived in Pemmanahalli Gollar-ahatti village with representatives of Bengaluru companies, Biocon and Narayana Hrudalaya,  to persuade them to adopt its schools and help the villagers get basic amenities as part of their Corporate Social Responsibility (CSR).  But on seeing him, some young men of the village from the Golla  community, or Yadavas, as they are  called,  blocked his way, saying that no Madiga had been allowed to enter their village for hundreds of years.

While the MP tried to persuade them to change their minds, the policemen providing him security cover, looked on mutely without coming to his help. Although some villagers seemed to relent after a while and were willing to let him into Gollarahatti, others remained adamant.

After spending about 45 futile minutes trying to convince them to give up their age-old taboo on the entry of Madigas, who are a scheduled caste,  Mr Narayansw-amy then had no choice but to turn back.

“I could have forced my way into the village but I want to win your hearts. You should reform,” was his parting short.