Give Kashmiris a chance to live: CPM’s Mohammad Yousuf Tarigami

The CPI(M) leader, a four-time MLA from Kulgam, said the current situation has given fodder to “the forces who wanted to perpetuate violence”. 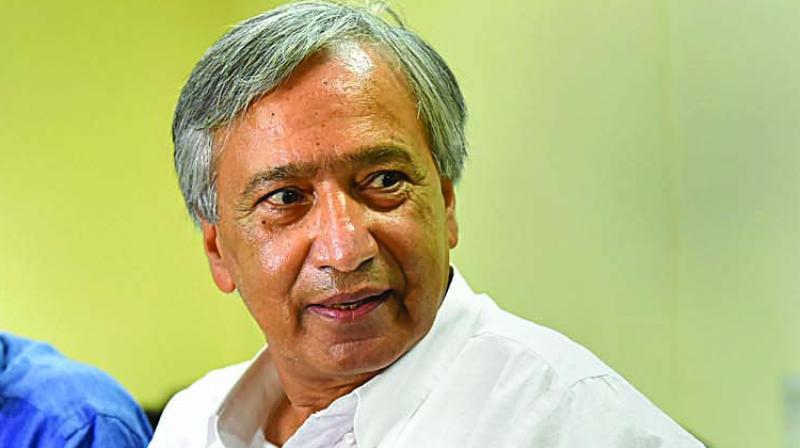 New Delhi: Former Kashmir CPI(M) MLA Mohammad Yousuf Tarigami on Tuesday became the first politician from the state to make a public appearance in New Delhi, and said he will approach the Supreme Court on his party’s behalf challenging the abrogation of Article 370 and J&K’s split into two Union territories.

Mr Tarigami, who was brought to New Delhi and was admitted to AIIMS for treatment after CPI(M) general secretary Sitaram Yechury filed a haebus corpus petition in the Supreme Court, on Tuedsay addressed a press conference with Mr Yechury and made an emotional appeal for the return of normality to the state.

“Kashmiris don’t ask for heaven, they only ask for a chance to march together,” Mr Tarigami told reporters here on Tuesday.  “The ground situation is completely contradictory, compared to what the government is claiming. Today the bonds which were formed by hard work have been assaulted. There has been a 40-day clampdown and the government is claiming that there is normality,” he said.

“People are dying slowly. I appeal to the entire country. We also want to live,” he said.

The CPI(M) leader, a four-time MLA from Kulgam, said the current situation has given fodder to “the forces who wanted to perpetuate violence”. He said the nullification of Article 370 and the reorganisation of the state without any consultation with its people shows the “desperation” of the Narendra Modi government.

“The average Kashmiri doesn’t ask for heaven, we just ask for a chance to march with you,” Mr Tarigami said. He said he had seen the worst times in Kashmir, but had “never felt as disturbed” as he was feeling now.

Mr Yehcury said the clampdown was affecting the mornal lives of people, specially people who earned their livelihoods on a daily basis. “The communication gap is completely isolating people. There is no public transport. People can’t go to their jobs. This is a situation which I think needs to be resolved at the earliest,” he said.