The AI’s India chapter in a statement said that a detention order has been passed against Abdullah for “disturbing public order” under the PSA. 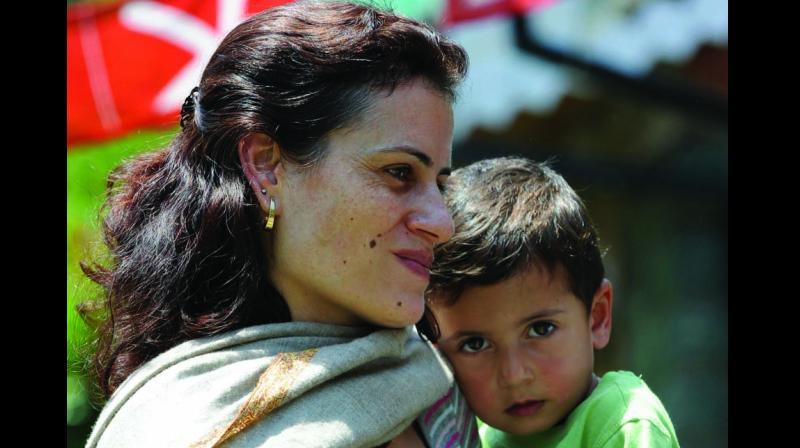 SRINAGAR: Human right watchdog Amnesty International (AI) on Tuesday termed slapping of Jammu and Kashmir’s stringent Public Safety Act (PSA) on former chief minister Farooq Abdullah as a “blatant abuse” of the law by the Indian government and “latest in the series of human rights violations taking place in Kashmir.”

Meanwhile, Mr Abdullah’s daughter Hinna has issued a public appeal asking the authorities to allow her elder sister Safia Khan to meet him, claiming that she alone helps him with all his medication needs.  She denied official claim that the former chief minister is allowed to have visitors.

She tweeted “Please, don’t believe any reports about Farooq Abdullah being allowed to have visitors. Even my sister, who lives next door, is not able to see him. And she is the one who helps with all his daily medication needs. He is 83 years old. At least, allow his daughter to see him.”

Mr Abdullah who had been under house arrest since August 5 when the Centre stripped J&K of its special status and split the state into two Union Territories (UTs) was formally detained under the PSA early Monday. His house along Srinagar’s picturesque Gupkar Road has been declared as a “subsidiary jail”.

The authorities had on Monday said that, as of now, there is no bar on his meeting relatives and friends but that after seeking prior permission as is required under the provisions of the law.

The AI’s India chapter in a statement said that a detention order has been passed against Abdullah for “disturbing public order” under the PSA. “The continuation of draconian laws against political dissidents despite promises of change signals a dishonest intent on part of the Indian government,” it alleged.

The statement said that the PSA has a long history of being misused in J&K. “In our earlier briefing, titled ‘Tyranny of A Lawless Law: Detention without Charge or Trial under the J&K PSA’, we documented how the indiscriminate use of PSA has allowed the Indian government to circumvent the criminal justice system, undermine accountability, transparency and respect for human rights,” the statement said.

It added, “It has been more than 40 days since Kashmir has been under a blackout. Thousands of political leaders, activists and journalists continue to be silenced through administrative detention laws which run counter to international human rights standards.