Antony accused the government of being 'guilty' of 'gravely compromising' national security in the Rafale fighter jet deal. 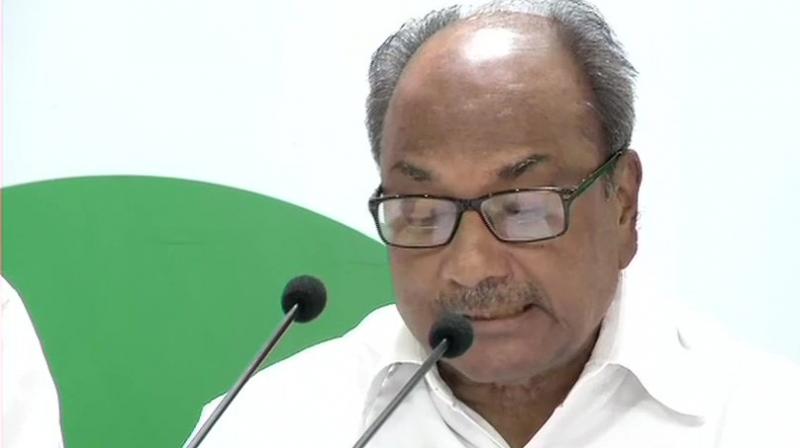 New Delhi: Senior Congress leader A K Antony Tuesday accused Defence Minister Nirmala Sitharaman of suppressing facts on the Rafale deal and asked why the government was shying away from setting up a joint parliamentary committee to probe it.

He also accused the government of being "guilty" of "gravely compromising" national security in the Rafale fighter jet deal.

Addressing a press conference, Antony rejected as "completely false" the charges of Sitharaman that an unprecedented intervention by him in 2013 put the "final nail in the coffin" when the cost negotiation committee was giving final touches to the deal.

The former defence minister accused Sitharaman of trying to tarnish the image of public-sector Hindustan Aeronautics Limited (HAL) both nationally and internationally. He also asked if the price of the Rafale fighter jets were cheaper than that negotiated by the UPA and why it did not buy 126 aircraft instead of 36 from the French manufacturer.

"The Congress party demands that the Modi government publish the price of the Congress-UPA's deal of 126 aircrafts and the price of its 36 Rafale deals, including per aircraft price of the same to clear the doubts of the people of India, let the Nation decide who is correct. Since, there is a growing perception that the Modi government's Rafale purchase deal has more skeletons in its closet, let there be Joint Parliamentary Probe (JPC) to bring the truth out in the open," he told reporters.