BJP-led Central government is tightening screws on corruption issues ahead of Assembly polls. 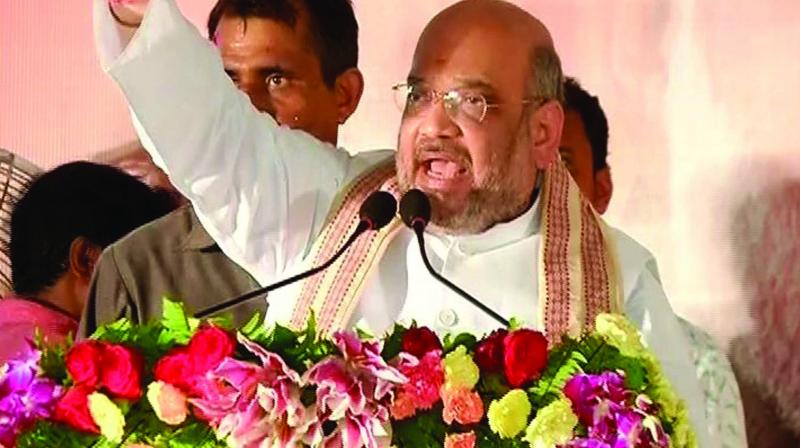 Bhubaneswar: The Naveen Patnaik government in Odisha is likely to encounter rough weather in the coming days as the BJP-led Central government is tightening the screws on two major corruption issues – the mega illegal mining scam and chit fund irregularities.

Highly placed sources said, the Prime Minister’s Office (PMO) has started preliminary exercises to facilitate a CBI probe into the mining scam by starting communication with the Justice M.B. Shah Commission which is already seized of the illegal mining matter.

According to Justice M.M. Das Commission of Inquiry that looked into the chit fund scam, at least 174 chit fund firms have collected nearly Rs 10,000 crore from 20 lakh investors in the past decade. The CBI has been probing the case for over three years but state BJP leaders and investors are dissatisfied with the progress.

On the mining scam, BJP national president Amit Shah – during his recent visit to Odisha – dropped hints about the exchange of communications between the Union government and the Shah Commission.

“The government of India is exchanging letters with Shah Commission’s office on the mining scam issue. As regards, chit fund scam, no one will be spared,” Mr Shah said. 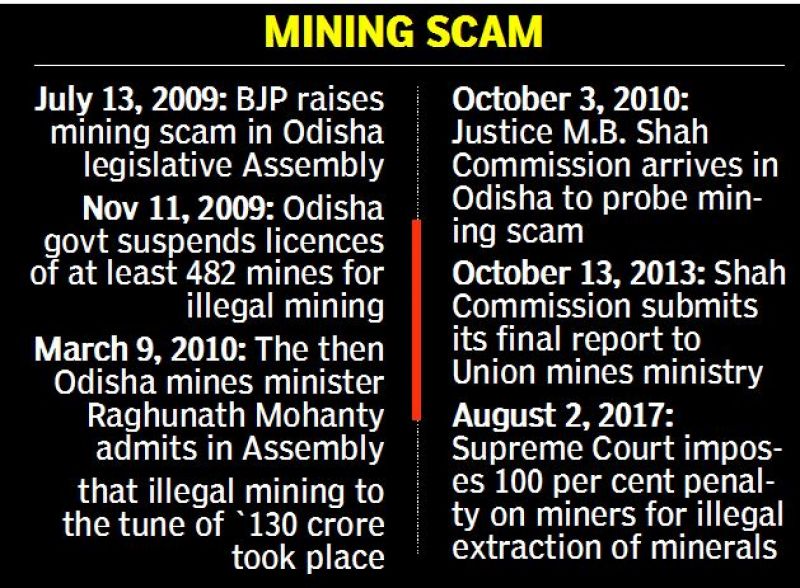 The Odisha mining scam – which took place between 2006 and 2011 - is said to involve over Rs 3 lakh crore. Leaders of various political parties, including the ruling BJD, bureaucrats and influential persons are allegedly involved in this scam said to be the country’s biggest ever plunder of natural wealth.

According to a report of the Supreme Court-monitored Central Empowered Committee (CEC) that probed the irregularities, miners illegally extracted 215.5 million tonnes of minerals.

According to social activist and journalist Rabi Das, who had knocked the door of the Supreme Court for a CEC to probe into the scam, the Narendra Modi government is yet to take a firm stand on whether to hand over the probe to the CBI.

Justice M.B. Shah Commission of Inquiry in its final report submitted to the Union government on October 13, 2013, had recommended a CBI probe into the scam.

Till recently, the stand of the Modi government was that the CBI probe into Odisha mining scam would affect the on-going probe by the vigilance department of the Odisha government.

But now, under mounting pressure from party leaders, social organisations and intellectuals the BJP is considering to hand over the matter to the CBI.

Union home minister Rajnath Singh, during his stint as BJP chief, had also favoured a CBI probe into the Odisha mining scam on the eve of 2014 general elections.

The CEC, in its interim report, revealed that a large number of mines extracted minerals in Odisha after the expiry of lease period on the provision of “deemed extension” as no decision was taken on renewal application.

It found that at least 163 mining leases operated without the requisite approvals under the Forest Conservation Act, 1980, environmental clearances, air and water acts or approved mining plans.

The CEC also found that out of the 596 mines, as many as 307 mines consisted of either wholly or partly forested areas. Of the 307 mines in forest areas - 104 operational mines had expired leases.

The Odisha government, in its reply furnished to National Mines Tribunal (NMT) in 2013, had admitted that the illegalities were committed in mining and stated that it had slapped `58,000 crore penalty on 196 mine owners who allegedly indulged in illegal and over-extraction of minerals, mainly iron ore.

Challenging the state government’s decision to impose penalty, many mines owners had gone to court in a bid to delayed action against them.

Meanwhile, the Supreme Court, while disposing of a writ petition filed by Common Cause NGO on August 2, dealt a body blow to illegal miners by ordering  recovery of 100 per cent compensation in lieu of the excess ore lifted.

The figure was arrived at as per the notional value of the illegal extraction of ores calculated by the Indian Bureau of Mines (IBM).