Fear was palpable among students and their parents as they came out in large numbers to drop their children off at the school. 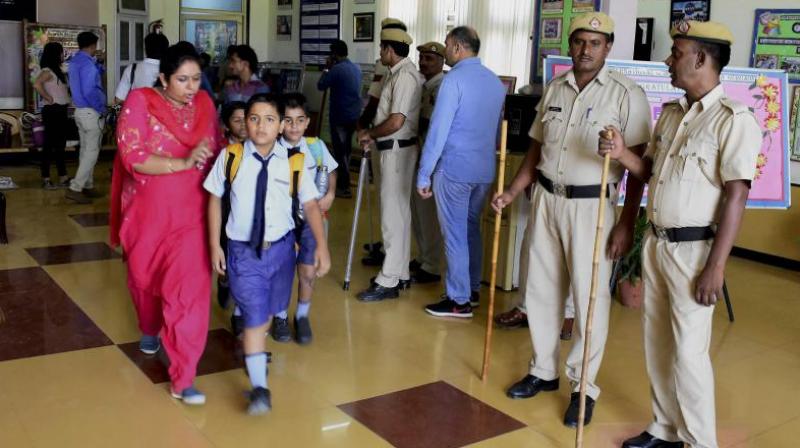 Parents of students studying in Ryan International School, Bhondsi were also reluctant to leave their children alone at the school. (Photo: File | PTI)

Gurgaon: The Bhondsi Branch of Ryan International School, Gurugram reopened on Monday, a week after it was shut down after the brutal murder of seven-year-old Pradyuman Thakur within the school premises.

Fear was palpable among students and their parents as they came out in large numbers to drop their children off at the school.

Students expressed their shock over the incident and said it was not expected of a renowned school like Ryan International.

"I did not want to come back to school after hearing of the murder, but government has promised to provide protection, so I have faith," said, Arijit Choudhary, an eighth standard student.

Prakhar Sharma, studying in first standard, also expressed concern for her younger brother, saying "More than myself, I fear for my younger brother; he goes to the washroom alone."

Parents were also reluctant to leave their children alone at the school.

One of the parents said she especially came to ensure the security status of the school before leaving her child.

Some parents also suggested that strict security measures must be taken by the school authorities so that such incident is not repeated.

"Background check of staff should be done thoroughly and only educated people should be recruited in schools," one of the parents said.

On September 8, seven-year-old Pradyuman was found dead inside the toilet of the Ryan International School, Gurgaon, with his throat slit.