The accused have been identified as Siddesh Bhelsekar, Rakesh Kadam, Nilesh Kadam and Dinaar Pawar. 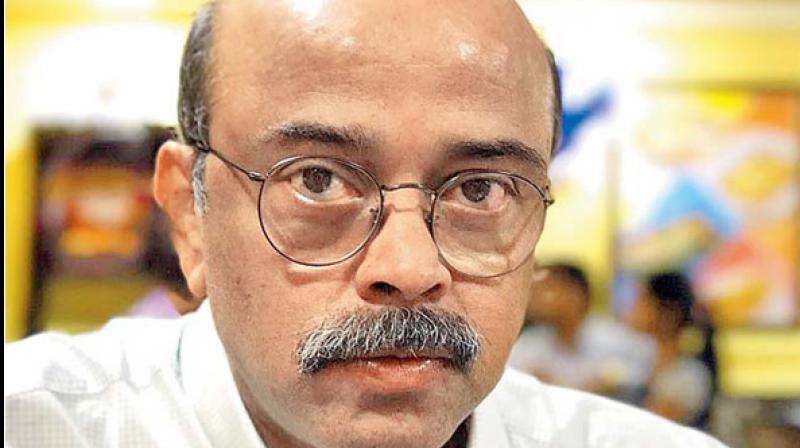 Dr Amarapurkar, a leading Gastroenterologist at the Bombay Hospital, fell in an open manhole on the Matkar road in the Elphinstone area near Dadar during the heavy rains in Mumbai. (Photo: ANI)

Mumbai: The Mumbai Police on Monday arrested four persons for their negligence in connection with the tragic death of renowned gastroenterologist Dr Deepak Amarapurkar, who fell into an open manhole on August 29, when heavy rains lashed the city.

The accused have been identified as Siddesh Bhelsekar, Rakesh Kadam, Nilesh Kadam and Dinaar Pawar.

They have also been charged under IPC Section 304(A), which pertains to causing death by negligence.

According to the police, four men, who live in a nearby chawl, had opened the manhole to drain out the rainwater, which was running into their homes.

They were produced before a local magistrate's court and have been taken to judicial custody till September 22.

The BMC further asked to submit the report in regard to the matter within 15 days.

The Indian Medical Association Mumbai Chapter had passed a resolution that it would file a Public Interest Litigation (PIL) in connection with the matter.

The IMA also held the BMC responsible for the death of Dr Amarapurkar .

"The entire doctor community across India is quite upset over such a careless and negligent incident. There must be safety measures in place as when any manhole is opened," the Board said, in a letter to the Municipal Commissioner.

They also requested the Municipal Commissioner to investigate the entire episode and take an appropriate action to avoid such incidents in future.

Dr Amarapurkar was a leading Gastroenterologist at the Bombay Hospital. He fell in an open manhole on the Matkar road in the Elphinstone area near Dadar during the heavy rains in Mumbai.

Dr Amarapurkar's funeral was held at the Shivaji Park crematorium after an autopsy was carried out in the civic-run Sion Hospital.

Many senior doctors from Bombay Hospital, where Dr Amarapurkar consulted as well as civic-run KEM Hospital in Parel and state-run JJ Hospital in Byculla, were present for the funeral.