In court, Amit Shah said Maya Kodnani was not present in Naroda Gam and was inside the State Assembly at 8:30 am. 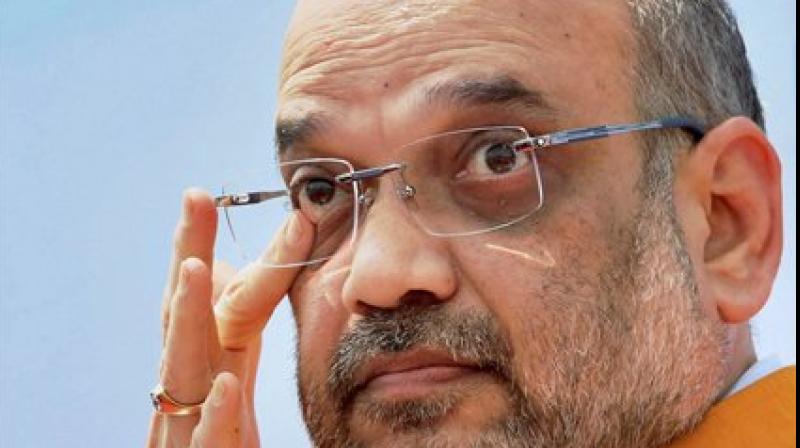 Ahmedabad: BJP chief Amit Shah on Monday appeared before a sessions court in Ahmedabad in the 2002 Naroda Gam riots case as a defence witness to Maya Kodnani.

In court, Amit Shah said Maya Kodnani was not present in Naroda Gam and was inside the State Assembly at 8:30 am.

Shah said he was surrounded by people when he left hospital. He said, "Maya Kodnani and I were taken to our respective cars in Police jeep; was 11-11:15 am that time."

A judge had earlier said Shah was required to appear before the court on Monday or send in a lawyer to reply to Kodnani’s claim of innocence in the murder of 11 Muslims who were killed in Naroda Gam, a village in Ahmedabad.

Kodnani, a gynaecologist and a former Gujarat minister has been found guilty of the mass execution of almost 100 Muslims on February 28, 2002, in Naroda Patiya. She has also been accused of killing another 11 Muslims on the same day in Naroda Gam.

Kodnani, in her defence, has said she was in the State Assembly on February 28, 2002 and then at her hospital in Ahmedabad. She has repeatedly claimed to have met Shah at the hospital on that very day.

Kodnani has also served as Gujarat’s Minister for Women and Child Development until she was arrested in 2009. She is facing trial along with another 78 in the case.