The national flag will fly at half-mast at all government buildings in Delhi in the honour of the veteran. 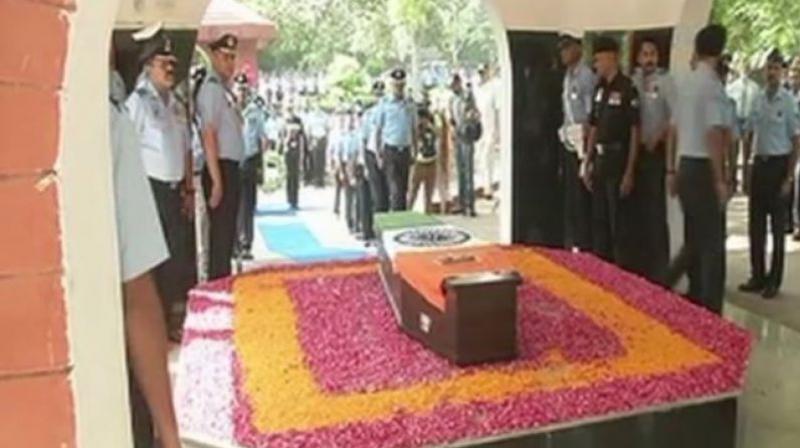 The last rites of Singh, who died after a cardiac arrest at the Army's Research and Referral Hospital, would be performed at Brar Square in Delhi at 10:00 am. (Photo: ANI | Twitter) 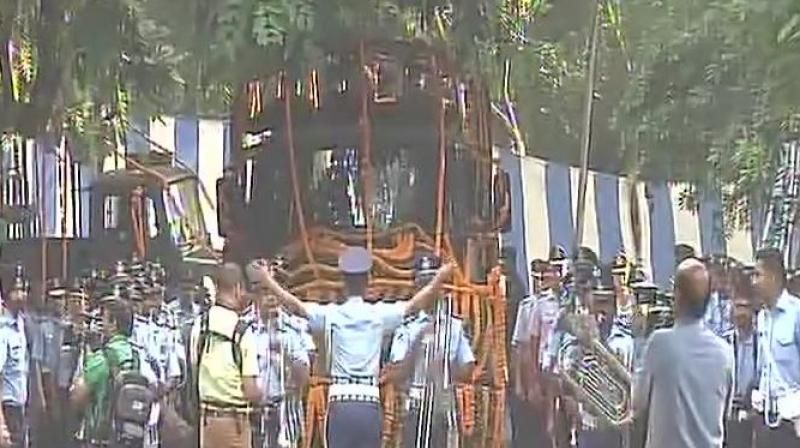 Arjan Singh, Marshal of the Indian Air Force (IAF), died on Saturday at the age of 98.

The last rites of Singh, who died after a cardiac arrest at the Army's Research and Referral Hospital, was performed at Brar Square in the national capital.

17-gun salute was given as a part of full state honour and flypast was given to offer tributes to Marshal of the Air Force Arjan Singh at Delhi's Brar Square. 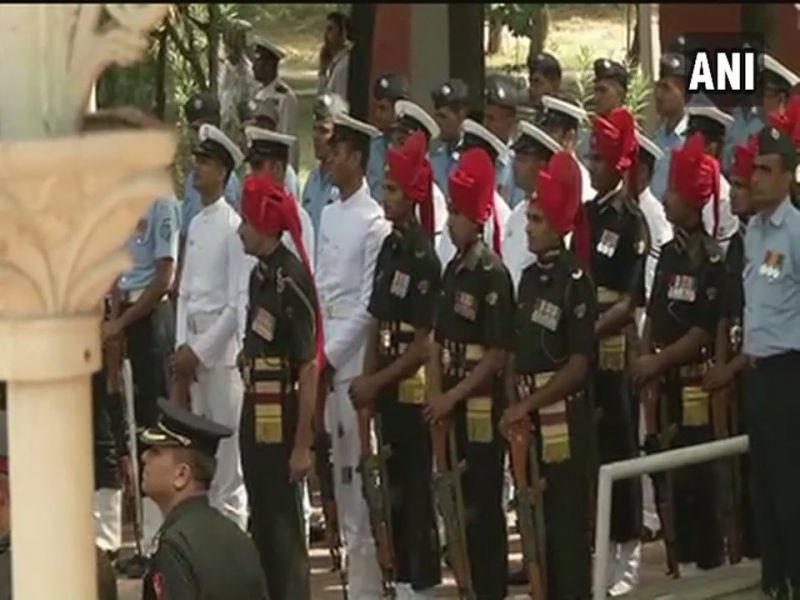 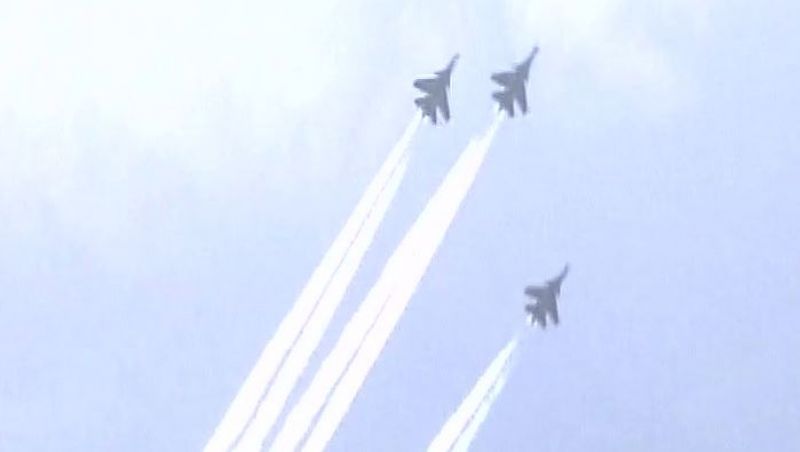 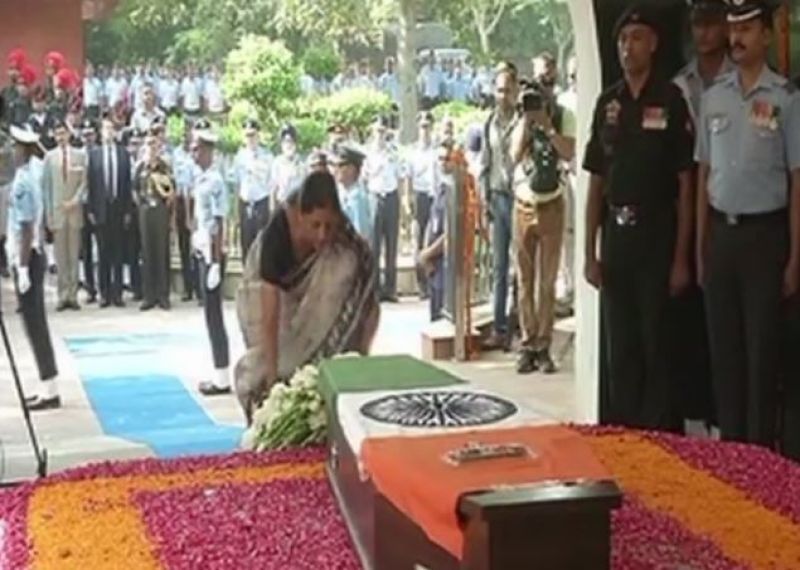 The national flag will fly at half-mast at all government buildings in Delhi on Monday in the honour of the veteran.

Wrapped in the tri-color, Arjan Singh's body was brought to the Delhi Cantonment from his residence in a gun carriage decorated with flowers - a journey of 8 km.

Prime Minister Narendra Modi visited his home on Sunday and extended condolences to his family.

Sad at demise of a great air warrior & Marshal of the Air Force Arjan Singh. Condolences to his family & IAF community 1/2 #PresidentKovind pic.twitter.com/j1Tlw2GWsI

Defence Minister Nirmala Sitharaman on Sunday stated that along with a state funeral and an appropriate gun salute, a Flypast may take place, depending on the weather conditions, to honour the contribution of Marshal of IAF, Arjan Singh.

Arjan Singh, known for his role in the 1965 Indo-Pak war, was admitted to the Army Hospital Research and Referral after he suffered a heart attack. He was the only officer of the IAF to be promoted to the five-star rank.

During the Second World War, Arjan Singh commanded the 1 Squadron of the Air Force as they fought on the Burma front. For his bravery and leadership, Arjan Singh was awarded a Distinguished Flying Cross by the British.

With the birth of the Indian Air Force (IAF) shortly after independence, Arjan Singh rose up the ranks quickly and became Air Force Chief in 1964, at the age of just 45.

In 2002, Arjan Singh was appointed India's first Marshal of the Indian Air Force. After Field Marshal Sam Manekshaw, he was the only five-star ranked officer in the country.

After his retirement, Arjan Singh was appointed as India's ambassador to Switzerland and the Vatican and then the High Commissioner to Kenya. He was Delhi's Lt Governor between 1989 and 1990.