In its arguments during the hearing, Vedanta had claimed the closure order was nothing but 'naked discrimination' against the company 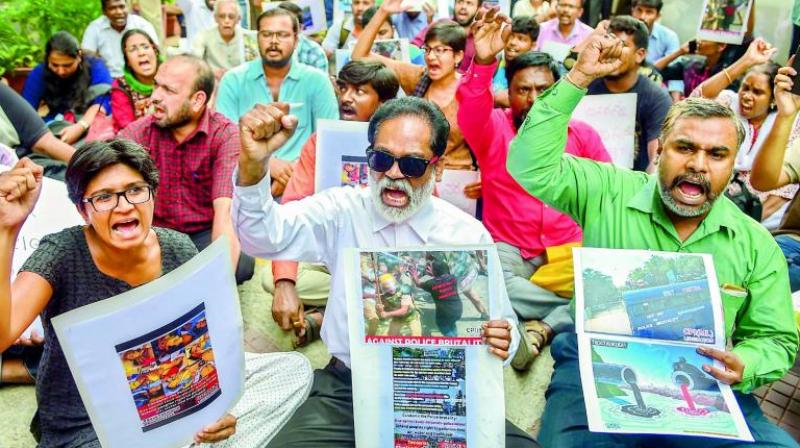 The Madras High Court on Tuesday rejected a plea from mining giant Vedanta to order reopening of its Sterlite copper unit at Tuticorin in Tamil Nadu. While Sterlite termed the verdict a temporary setback while politicians across the political spectrum in Tamil Nadu welcomed it.

A division bench of Justices TS Sivagnanam and V Bhavani Subbaroyan upheld the orders of the Tamil Nadu Pollution Control Board directing the closure of the unit in May 2018.

In its arguments during the hearing, Vedanta had claimed the closure order was nothing but 'naked discrimination' against the company and a knee-jerk reaction of the state to 'appease' a section of public with vested interest after 13 protesters were killed in the police firing.

Rejecting the charges, the state government had submitted that it has full authority and powers to shut down a factory when it causes serious threat to the environment and ecology.

The Sterlite unit had flaunted many rules which amounted to violation of statutory provisions warranting closure of the factory, it had told the court.

The court, in its judgment, that runs over 800 pages dismissed a batch of writ petitions from Vedanta and others challenging the closure.

The company described the verdict as "temporary setback" and said it would look into all legal options available to it while political leaders and others welcomed the judgement.

Sterlite CEO Pankaj Kumar told reporters in Tuticorin, "We will look at all legal options available to us." Associate Vice President D Dhanavel said the judgment was "disappointing" and a "temporary setback."

To a question, Kumar said: "There may be a possibility of lay-off," adding the plant has been shut for over two years. Dhanavel said "our company has continuously taken efforts to protect jobs of all to the possible extent despite closure. But now with this setback that (safeguarding jobs) will be a challenge...we will discuss this and take further steps considering the welfare of employees."

Deputy Chief Minister O Panneerselvam welcomed the ruling, saying it reflected the thoughts of crores of people. DMK President M K Stalin said he bowed before the court for its judgment. He urged the government to pass a Cabinet resolution welcoming the judgment and file a caveat petition in the Supreme Court in case Vedanta files an appeal.

MDMK chief Vaiko said the judgment has done justice and hailed it as "a huge win" for people's agitations. "Without compromising even a little, I myself have argued against the plant before the tribunal, the High Court and the Supreme Court," he said and recalled his party's "26 year long struggle against the plant.

State Secretaries of CPI (M) and CPI, K Balakrishnan and R Mutharasan, PMK founder leader S Ramadoss also urged the government to fight the matter in the apex court if the firm went on an appeal and ensurethe plant's permanent closure.