State sports and youth affairs minister Jitu Patwari on Saturday met Mr Gurjar and assured him of all necessary assistance to help hone his skills. 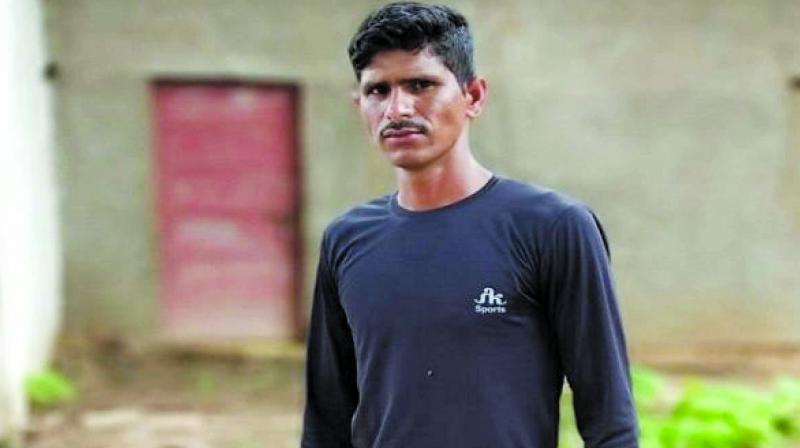 Bhopal: A 19-year-old sprinter, hailing from a poor family in rural Madhya Pradesh, has taken social media by storm with his YouTube video. In the video, Rameshwar Gurjar is seen running 100 metres, barefoot, in 11 seconds, falling short of just 34 seconds to equal the Indian record in the event.

Mr Gurjar, a resident of district headquarters of Shivpuri, has literally become an ‘overnight hero’ after the video went viral drawing attention of Centre as well as the state government.

State sports and youth affairs minister Jitu Patwari on Saturday met Mr Gurjar and assured him of all necessary assistance to help hone his skills.

“The budding sprinter will be drafted in the sports academy to help him polish his skills. He appears to be a promising sports talent who will make our country proud in future, Mr Patwari said.

The youth hails from a poor farmer’s family and could not afford a pair of sports shoes.

“I was keen to join the Indian Army. But, I couldn’t make it because of my height. I used to run in my sandals. However, I had to run barefoot while the video was being filmed beacuse the straps of my sandals snapped”, Mr Gurjar told this newspaper.

The youth was aware of record held by Jamaican sprinter Usain Bolt. He is confident that he would beat the world record in the event if groomed in sports academy.

Bolt has set the world record in 100 meter- sprint by clocking 9.58 second in the IAAF World Cham-pionships in Berlin in 2009. Amiya Mallik holds Indian record in the event by covering 100 meter in 10.26 seconds.

Former chief minister and BJP national vice-president Shivraj Singh Chouhan tagged the video in his Twitter post while appealing Union sports minister Kiren Rijiju to extend support to him to advance his skills.

“India is blessed with talented individuals. Provided with right opportunity and right platform, they will come out with flying colours to create history!” a Twitter post by him said.

The Union sports minister has responded positively and expressed his keenness to meet the budding athlete.