T'gana: On 15 Aug he was awarded 'Best Constable', next day caught taking bribe

The bribe amount was recovered from the accused officer and his both hands tested positive in the chemical test. 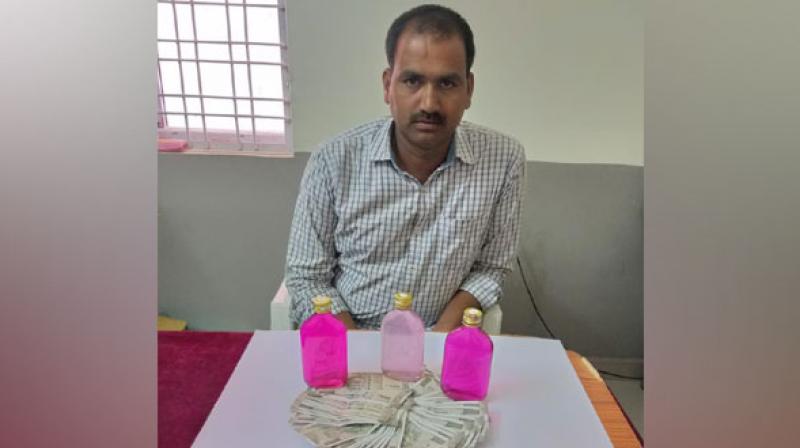 Reddy was awarded 'Best Constable' officer of the Mahabubnagar district by the Telangana government and the Telangana Excise Minister Srinivas Goud handed over a certificate to him on Independence Day. (Photo: ANI)

Mahabubnagar: A day after he received the "Best Constable" award on 73rd Independence Day, Palle Thirupathi Reddy was allegedly caught red-handed by Anti-Corruption Bureau (ACB) while accepting a bribe of Rs 17,000.

According to ACB officials, Reddy, Police Constable, I-Town Police Station, Mahabubnagar district, was caught red-handed on August 16 at the premises of police station, when he demanded and accepted bribe of Rs 17,000 from a complainant, named M Ramesh for doing an official favour that is not to implicate Ramesh by booking false case against him and also threatened him to seize his tractor.

Reddy was awarded 'Best Constable' officer of the Mahabubnagar district by the Telangana government and the Telangana Excise Minister Srinivas Goud handed over a certificate to him on Independence Day.