Politicians these days don’t have to change the colour of their coat before jumping ship. 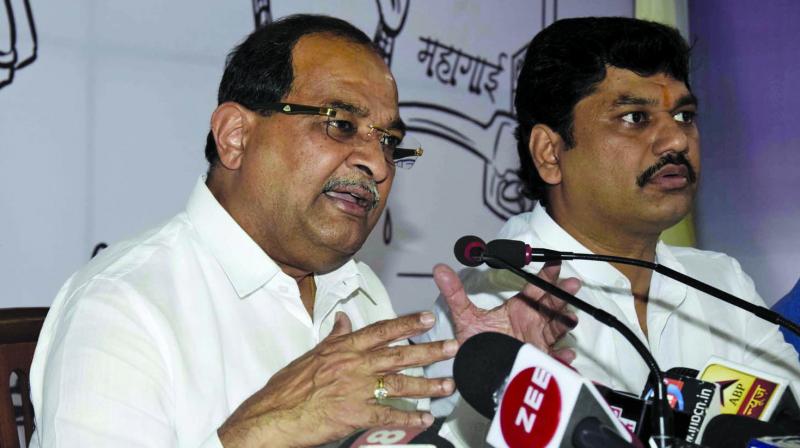 Of all the historical personages modern Indian politics harkens back to, Oliver Cromwell is probably the unlikeliest. The austere 17th century Puritan led the anti-Royalist forces in the English Civil War. Once in the midst of a battle, his Roundhead soldiers wore their coats inside out to match the colours of the ill-fated Charles I’s Cavaliers. Thus, the turncoat — someone who shifts allegiances as per circumstances — was born.

But Cromwell, who has a divisive legacy in the British Isles, may have never guessed that the English ‘turncoat’ would get a desi makeover in the form of “Aaya Ram, Gaya Ram” 450-odd years later.

Indian politicians these days don’t have to change the colour of their coat before jumping ship. In fact, the ability to keep a straight face while explaining the “change of heart” is a valuable asset for a turncoat. Remember, a certain Sabir Ali of Bihar?

Maharashtra, which is expected to go to the polls in October this year, is proving to be the ultimate hotbed of turncoats. It seems the Congress and the Nationalist Congress Party (NCP) are on a mission to subvert Prime Minister Narendra Modi’s vision of a ‘Congress-mukt Bharat’ to ‘Congress-yukt Bharat’.

So far, at least five Opposition MLAs have switched over to the BJP, while some have joined the Shiv Sena. Several others are waiting in the wings to express their “change of heart”.

The number may be small but it tells us a story. The biggest catch for the saffron alliance has been ex-Leader of Opposition Radhakrishna Vikhe-Patil, who is now a minister in the state Cabinet. 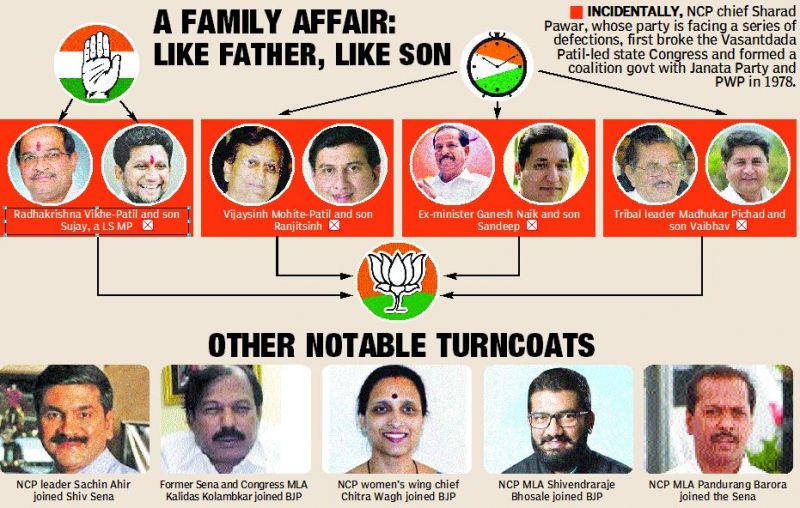 The tendency to switch allegiances seems to run in the Vikhe-Patil family. His son, Sujay, left the Congress to fight the 2019 Lok Sabha poll on a BJP ticket and won while his father, Balasaheb Vikhe-Patil, had joined the Shiv Sena in the 1990s and became a Union minister before rejoining the Congress.

Another turncoat, Sandeep Naik, jumped from the NCP to the BJP, along with his father Ganesh Naik – the strongman of Navi Mumbai. Mr Naik, interestingly, is also an ‘experienced’ turncoat. Having been a minister in the Sena-led Cabinet earlier, he switched to the NCP after failing to get the top job.

It is a no-brainer that ambition is the fuel that propels ‘turncoats’. Who wouldn’t want to enjoy the perks of power? If you still seek an answer, ask the greatest weatherman of Indian politics — Ram Vilas Paswan.

Pune-based political scientist Rajeshwari Deshpande attributes the Opposition exodus to a number of factors, including the lack of ideological contestation, which makes it easier for politicians to switch sides.

With individual-centred politics on the rise, not just in Maharashtra but across India, politicians are increasingly sure of their victories despite shifting their allegiances. Remember, a certain S. Bangarappa's tryst with multiple parties?

In 2017, veteran political scientist Suhas Palshikar postulated the rise of BJP as the emergence of the “second party dominance system”. Going by the political exodus in Maharashtra, as well as the country, the BJP’s star seems to be ascendant. But only time will tell if the party ends up being ‘Congress + Cow’.