The fire which is suspected to have started from the microbiology laboratory area has damaged some laboratories and office areas. 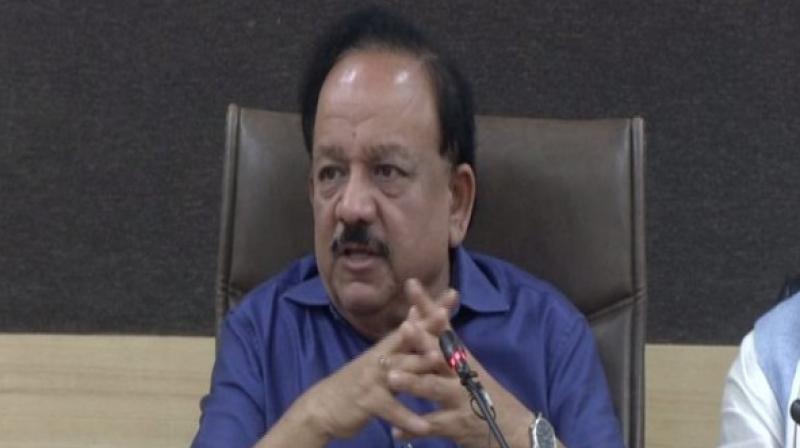 AIIMS administration has initiated an internal enquiry to look into the cause of the fire and further strengthen preventive measure. (Photo: ANI)

New Delhi: Union Minister for Health and Family Welfare, Harsh Vardhan, on Sunday reviewed the situation at AIIMS after a major fire broke out at the facility on Saturday. He held a meeting with AIIMS Director and other senior faculty members.

The fire which is suspected to have started from the microbiology laboratory area has damaged some laboratories and office areas. However, the hospital area has not been affected by the fire and there has been no casualty.

As a precautionary measure, AIIMS administration had shifted patients from AB wing of the hospital to other areas in the building.

These patients have been shifted back to their respective wards in the AB wing.

The hospital along with the emergency department and emergency laboratories is fully functional.

AIIMS administration has initiated an internal enquiry to look into the cause of the fire and further strengthen preventive measure.

AIIMS has a regular fire prevention system. There are fire personnel deployed round the clock with fire fighting safety systems being regularly tested including clearance of fire exits and corridors. Awareness of fire fighting systems among staff is conducted regularly.

Director, AIIMS, New Delhi is holding a meeting with all heads of the departments and administrative staff to assess the situation for full restoration of laboratory services as soon as possible so that patient care does not suffer.

The fire broke which broke out on late Saturday afternoon caused extensive damages to the first, second and third floor of the PC Block. Over 30 fire engines were pressed into action to douse the flames.