Congress in catch-22 situation in Haryana over Article 370

The issue is buttressed further as Haryana is one of the major states that has men in the armed forces serving in Jammu and Kashmir. 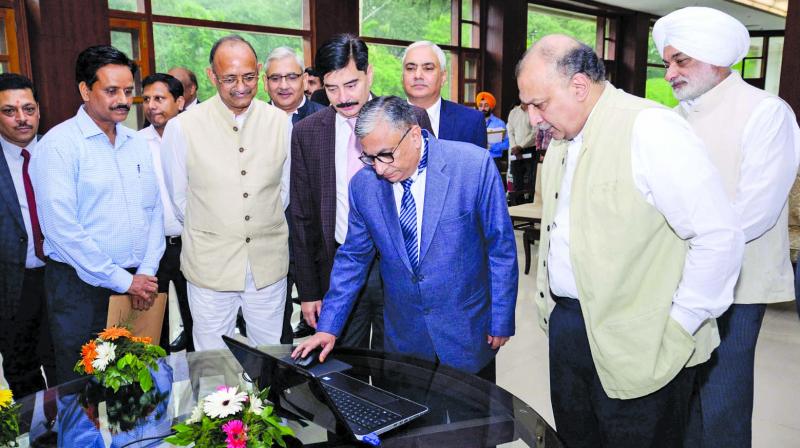 New Delhi: The Congress has been caught in a catch-22 situation over the abrogation of Article 370 in the poll-bound state of Haryana.

According to internal feedback gathered by the party, the state of Haryana is overwhelmingly in favour of abrogation of Article 370. What has further raised the heckles of the grand-old party is that home minister and BJP national chief Amit Shah’s first war cry in election rally was abrogation of Article 370, making it extremely clear how they intend to use it in the election.

The problem of the party is that its general secretary incharge of Haryana is none other than former chief minister of Jammu and Kashmir Ghulam Nabi Azad whose views on Article 370 inside and outside parliament has been seen as the face of the Opposition against the abrogation.

The issue is buttressed further as Haryana is one of the major states that has men in the armed forces serving in Jammu and Kashmir.

Sensing the mood on the ground, the local leaders are not comfortable having Mr Azad as the face who of Haryana  Congress.

Several leaders have also expressed their apprehensions over Mr Azad being overtly involved in the Assembly election process of the state.

Mr Azad’s photograph is missing in several of the campaign posters.  Assembly elections in the state are due in October this year.

Congress leader and former Lok Sabha MP from Haryana Deependra Hooda had already asserted that Article 370 had become redundant and its abrogation was a step in the right direction.

Former MP from Haryana Mr Kuldeep Bishnoi has also concurred with Mr Hooda junior in supporting the government on the issue.

The BJP has openly challenged the Congress to explain its stand on Article 370 to the people.

Mr Shah in his first poll rally after the abrogation article 370 in Haryana slammed the Congress for not doing it earlier.  He said, “the Congress did not support the move of the government so now it will have to explain its position to the people.”

There have been protests by the Congress workers against the high command’s decision of going against the government on Article 370.