India   All India  18 Aug 2019  Chhattisgarh: Fire breaks out at hospital in Dantewada, no casualties reported
India, All India

Chhattisgarh: Fire breaks out at hospital in Dantewada, no casualties reported 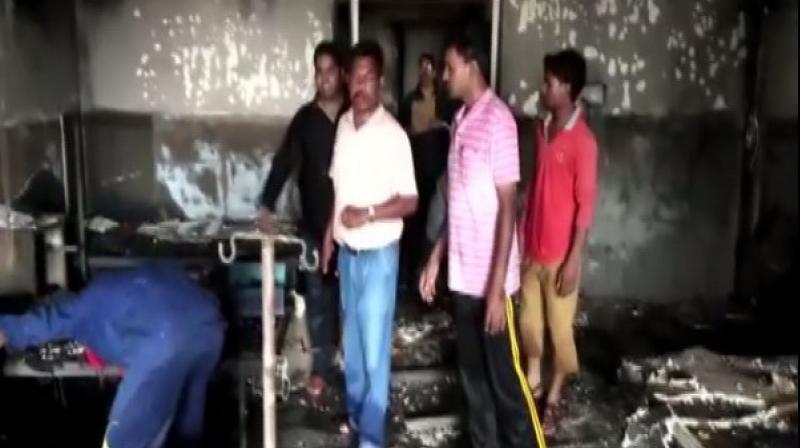 The incident caused heavy damage to the hospital as three labour wards gutted in the fire. (Photo: ANI)

Dantewada: A fire broke out at Women and Child Hospital in Geedam on Sunday morning. However, no casualties were reported and no one sustained any injuries in the incident.

"Around 6:30, I got the information about the fire. We immediately rushed to the hospital. Hospital workers told that the fire broke out due to a short circuit. We informed officials about the incident. We shifted children to other wards. No casualties are reported. The fire was doused in one hour. Fire tenders reached later," Doctor Abhay Sharma told ANI.

The incident caused heavy damage to the hospital as three labour wards gutted in the fire.