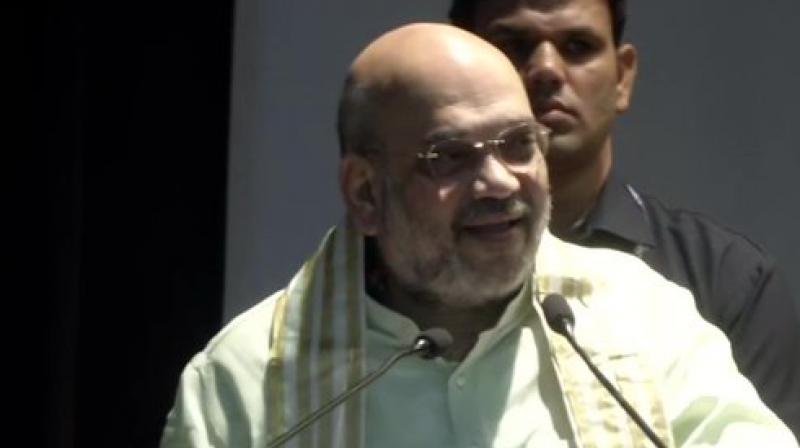 Coming down heavily on the Congress, he said the party has "no shame" and continues to oppose the law on triple talaq. (Photo: ANI)

New Delhi: Union Home Minister Amit Shah, on Sunday, said the politics of appeasement, which led to the Partition, was the reason for the continuance of the "evil practice" of triple talaq for so long.

Speaking at an event here, Shah defended the law criminalising triple talaq, saying it is going to benefit Muslims, and not other communities.

Coming down heavily on the Congress, he said the party has "no shame" and continues to oppose the law on triple talaq.

"The election of Narendra Modi as Prime Minister in 2014 was the beginning of the end of politics of appeasement and the 2019 mandate is to end it forever," said Shah, the BJP president.

He was speaking on 'Abolition of Triple Talaq: Correcting a Historic Wrong' at an event organised by the Syama Prasad Mookerjee Research Foundation here.

The legislation to criminalise instant triple talaq was passed by Parliament in the last session.