India   All India  18 Aug 2019  3 members of Pardhi gang wanted in more than 12 cases arrested in Hyderabad
India, All India

The police has also seized 600 grams gold and 2 kg silver from the Madhya Pradesh-based gang. 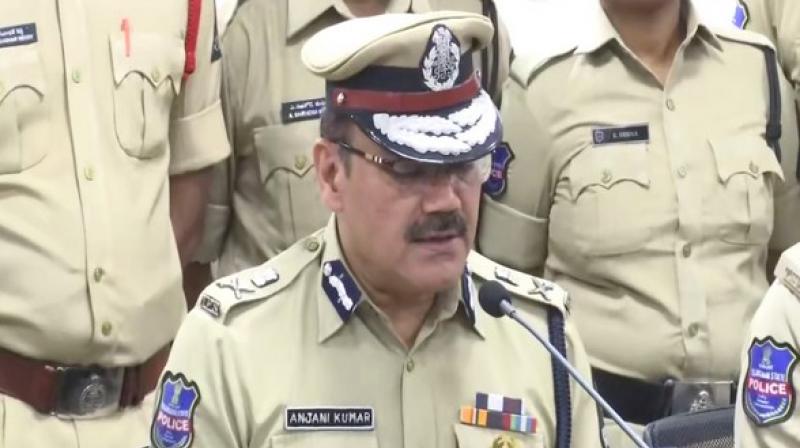 The investigating officer and his team later went to Bhopal along with the accused persons and recovered 60 Tola gold ornaments and 2 kg silver ornaments and one car all worth of Rs 22 lakhs. (Photo: ANI)

Hyderabad: Three members of Pardhi gang, who were wanted in more than 12 cases, were arrested by police.

The police has also seized 600 grams gold and 2 kg silver from the Madhya Pradesh-based gang.

In this regard, a case was registered under Sections 454 and 380 of the Indian Penal Code (IPC) at OU Sity PS in Telangana.

The police team visited the crime scene and collect evidence.

On August 1, a police team went to Bhopal in Madhya Pradesh and apprehended the suspected accused persons on August 4 and brought them to OU Sity Police Station.

On August 5, the police recovered the stolen property from their possession and remanded them to judicial custody to avoid legal obligations.

The Pardhi gang consists of six members in which Manisha is the main person. Every time Manisha commits the crime with one or two members of the gang.

Usually they come by train and commit crime in the nearby areas of railway stations, but on July 26, Manisha, along with Ali and Roopa came in car to Tarnaka area and committed theft.

The other three members of the gang - Bheemlesh, Timtim, Moukham - all residents of Onidha village of Beresia Town, Bhopal, Madhya Pradesh, are currently absconding.

The accused have been committing offence since 2004 and they have not been arrested anywhere till now.

On August 7, the investigating officer filed a memo in the court for police custody for further interrogation and recovered the stolen property in 12 cases.

On August 10, the accused were taken into police custody. During the course of interrogation, the accused confessed their involvement in 12 cases.

The investigating officer and his team later went to Bhopal along with the accused persons and recovered 60 Tola gold ornaments and 2 kg silver ornaments and one car all worth of Rs 22 lakhs.

After completion of police custody period, the accused were produced before the court on Saturday.