A Lucknow cafe that employs survivors of acid attacks has got a new owner raising uncertainty in the minds of the women staff about job security. 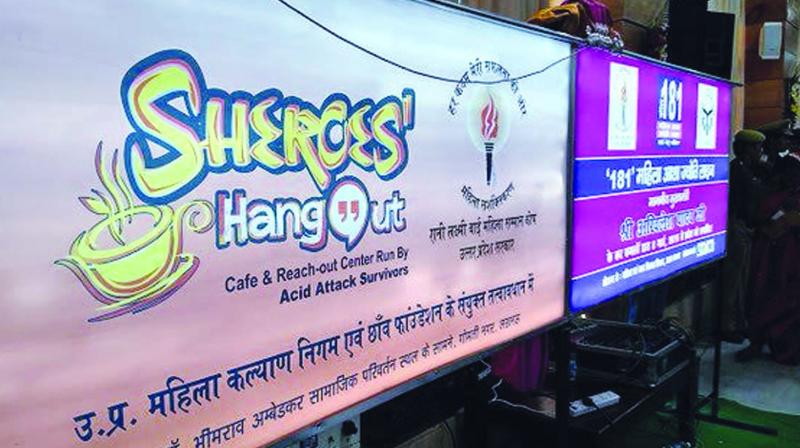 Sheroes Hangout, a tiny cafe in Lucknow run by half a dozen acid attack survivors, is now battling for survival itself.

Lucknow: The smile on their faces has faded and their confidence is slipping away. Apprehension of an uncertain future is casting its long shadows on their lives and the cafe, which has been their workplace for two years, no longer resonates with mirth and cheer.

Sheroes Hangout, a tiny cafe run by half a dozen acid attack survivors is now battling for survival itself.

The Uttar Pradesh Mahila Kalyan Nigam has quietly taken back the cafe bring run by Chhanv Foundation that works for acid attack survivors and has given it to a private entity, Lotus Hospitalities.

As per the original contract, NGO Chaanv Foundation was to run the cafe with government support for two years and then sustain itself.

Anshu, an acid attack survivor who works at the cafe, alleged that the tender has been given to Lotus Hospitalities in violation of the rules.

“There are vested interests in the bureaucracy who want to run this cafe on their own terms because it is centrally-located. We are apprehensive that we may be shown the door by the new owners who obviously have no interest in our rehabilitation,” she said.

She further alleged that officials of the Mahila Kalyan Nigam had been harassing them in the past by delaying their salaries for almost six months and demanding bribe for payments. She said that the grant of `45 lakh that was to be given to the acid attack survivors for their project has also been held back.

As per the original contract, the Uttar Pradesh Mahila Kalyan Nigam was to bear the cost of running the cafe and pay salaries to workers for a two-year period from March 2016 to March 2018. Thereafter,  Chaanv Foundation was expected to run the cafe by mobilizing its own resources.

“Without giving us a chance to stand on our own feet, the cafe has been given to a new owner. Some of us have been abandoned by our own families and we need a job to keep ourselves and our children going,” Anshu said.

An official in the Mahila Kalyan Nigam, however, said that  Chaanv Foundation had not completed formalities and hence was not given the contract again. He said that the department would soon send a notice to  the foundation for submitting balance sheets for two years.

Acid attack survivors working in the cafe accuse the state government of ignoring their problems. “We asked officials to put up glass panes and air-conditioners in the café (which is presently open from three sides) because during summers our skin burns. Moreover, customers stop coming due to the unbearable heat but no action was taken,” said Anshu.

The girls are now apprehensive of losing their jobs and no amount of assurances seem to be working , despite public support.

“The Chaanv Foundation has rehabilitated us. Alok Dixit, who heads the foundation, has married an acid attack survivor and understand the pain we go through. We fear that sooner or later, we will be shown the door,” she said.

Meanwhile, Samajwadi Party president Akhilesh Yadav, who had visited the Sheroes Hangout in Agra in 2015 and was instrumental in getting a branch opened in Lucknow in 2016, said that the government should have kept the interests of the acid attack survivors above all rules.  “There are rules but social welfare should be the guiding factor. The cafe had become popular in the past two years and now these girls face an uncertain future,” he said.