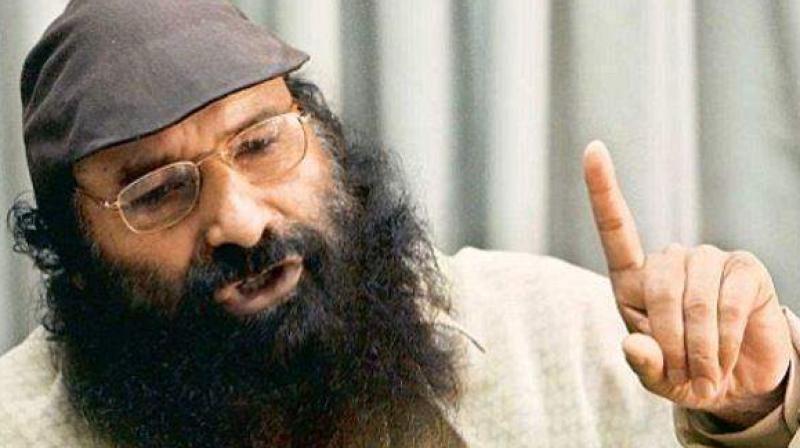 New Delhi: Even though the security establishment here has welcomed the designation of Hizbul Mujahideen as a global terrorist organisation, it feels that the move may not have much impact on its funding pattern since the flow of funds to the terror outfit does not follow any banking channel. Hizbul Mujahideen is the biggest terror group operating in the Kashmir Valley and has also been named in the FIR lodged by the National Investigation Agency (NIA) in connection with a case of terror funding in the region.

Intelligence sources said that though the labelling of Hizbul Mujahideen would lead to financial sanctions but the catch was that the outfit did not follow any banking channel to fund its operations and most of its funds came through the illegal hawala network originating out of Pakistan.

The move, sources added, was more strategic in nature rather than actually having any major impact on the ground in terms of freezing Hizbul’s flow of funds.

Following the designation of Hizbul Mujahideen as a global terrorist organisation, all its property in the US jurisdiction would be blocked and all US nationals would be prohibited from carrying out any transactions, particularly financial, with the terror outfit.

Hizbul does not have any major resources, assets or properties under the US jurisdiction. But the move is symbolic and important in terms of the US expressing solidarity with India in the war against terrorism and subscribing to the viewpoint that Hizbul indeed was a major terror organisation, a senior intelligence official said.

Top security and intelligence officials here claimed that they would now engage with their US counterparts in a bid to pressurise Pakistan to ensure that Hizbul’s activities there were completely stopped.

Hizbul chief Syed Salahuddin operates out of Pakistan and is known to hold rallies and other events there to mobilise support and funds for terror operation in the Kashmir Valley. In addition, Hizbul is known to be operating terror camps in Pakistan-occupied Kashmir.

Sources said Hizbul did not collect funds through legal banking network and most of its donations of funding by Pakistan’s security agencies like ISI was done using the hawala channels. The funds collected were then pumped into the Kashmir Valley for terror activities using the same network.

“Though this is an important announcement, it now needs to be followed up with more stringent action within Pakistan. We will impress on our US counterparts to use their influence to help pressurise Pakistan to check the activities of Hizbul on their soil as the terror group operates primarily from there,’’ another security official added.