The US on Wednesday had designated Hizbul Mujahideen as a 'foreign terrorist organisation'. 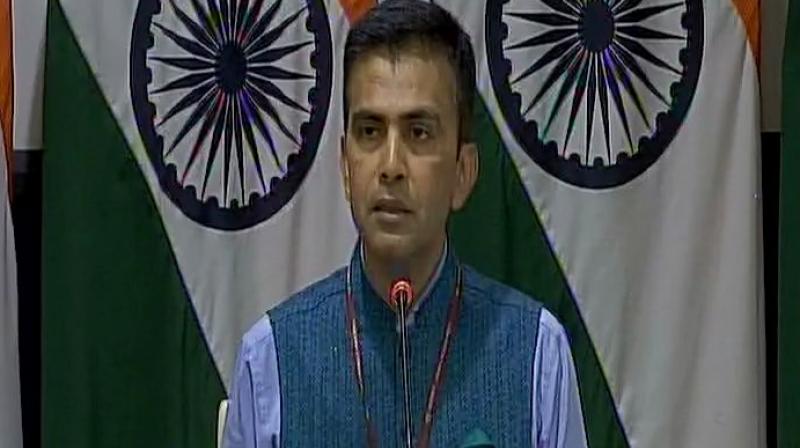 New Delhi: India on Friday welcomed the US' decision to designate Kashmiri terror outfit Hizbul Mujahideen as a foreign terrorist organisation and said it reflected the joint commitment of the two countries to firmly deal with terrorism in all its forms and manifestations.

"We welcome the designation of the Hizbul Mujahideen that has been responsible for carrying out heinous acts of terrorism and taking innocent lives in the state of Jammu and Kashmir as a foreign terrorist organisation by the US," MEA spokesperson Raveesh Kumar said.

He also referred to the US declaring the group's Pakistan-based chief Syed Salahuddin as a global terrorist nearly two months ago.

"We feel that these designations reflect the joint commitment of India and the US to firmly deal with terrorism in all its forms and manifestations," Kumar told reporters.

The MEA spokesperson said it is an obligation for everyone to end moral, diplomatic and material support to such internationally designated terror outfits and individuals.

"No cause or reason can justify continued provision of support, shelter and sanctuary to such entities and individuals in any manner," he said.

Read: Hizbul Mujahideen may be losing its grip on Kashmir

The US on Wednesday had designated Hizbul Mujahideen as a "foreign terrorist organisation".

The designation, which slaps a series of US sanctions on the outfit, came against the backdrop of upsurge in the terror activities of the militant group in Kashmir in recent months.

The US decision marks a severe blow to Pakistan which has been projecting the militant group as a voice of Kashmiri people.

Formed in 1989, Hizbul Mujahideen is one of the largest and oldest militant groups operating in Kashmir.