BJP not party of words, UP will vote for SP in next poll: Akhilesh

Hitting out at Yogi govt, former CM said BJP promised 'achhe din' and befooled people to come to power at the Centre and the state. 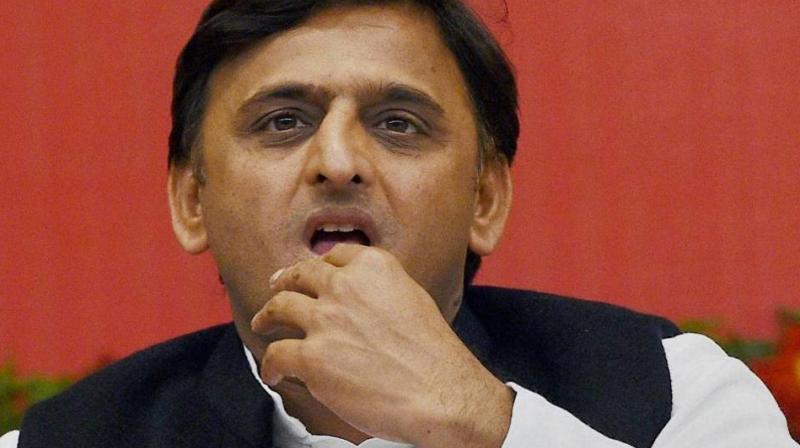 Addressing the media in Lucknow, Yadav accused the Yogi Adityanath-led government of being hand-in-gloves with the CBI. (Photo: PTI)

Addressing the media in Lucknow, Yadav accused the Yogi Adityanath-led government of being hand-in-gloves with the CBI.

"This government has a lot of attachment with the CBI. The CBI is under them. With other investigation, there should also be CBI probe into this matter," he added.

The former chief minister also said that people of Uttar Pradesh have understood the reality of the party and would not be fooled by BJP's false promises.

Read: Need counter report on plea on kids' deaths in 6 wk: Allahabad HC to UP

He said it was SP, which thought about people's welfare and launched a number of developmental and welfare schemes for them.

"The whole nation is aware that the BJP is not a party of their words. They say something else and do something else. In the coming election, the people of UP will show them their position. Tell me one thing, have they done more work in UP than us? Did they build more roads? Did they give more employment? Look at the railway tracks," he added.

The former chief minister announced that the Samajwadi Party (SP) will give at least 5 lakh to each police station to celebrate Christmas, Eid, Diwali, Holi and other festivals.

Further attacking the Yogi government, Yadav said, "They had shown dreams of 'achhe din' and befooled people to come to power at the Centre and the state...They have broken the confidence of the people."

Meanwhile, The Allahabad High Court pulled up the Uttar Pradesh Government and asked to specify the cause of deaths of children that took place in Gorakhpur's BRD Medical College.

The Lucknow bench of the Allahabad High Court on Friday heard the Public Interest Litigation (PIL) in regard with the Gorakhpur tragedy.