Before filing his nomination, Dhankhar attended a meeting of MPs from different parties supporting his candidature 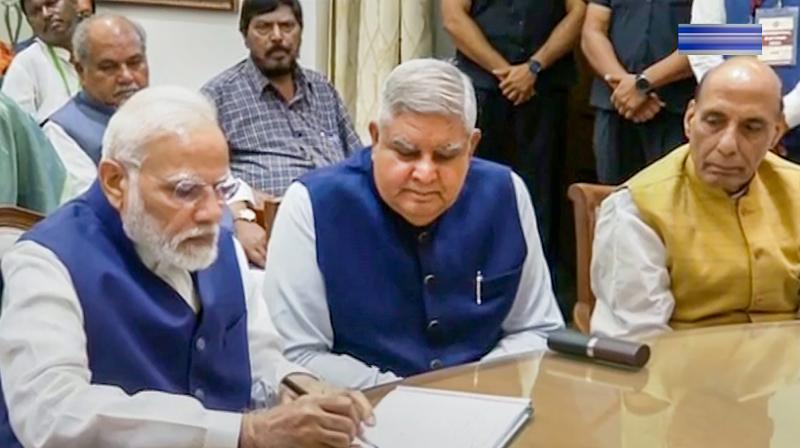 "I will always strive to enhance democratic values of country," Dhankhar said after filing his nomination.

"Never even in my dreams did I think a person with a humble background like me would get this opportunity. I am grateful to PM Modi and the leadership for giving a humble man from 'kisan family' like me a such historic opportunity," he added.

Union ministers Amit Shah and Rajnath Singh, BJP president J P Nadda, JD(U) chief Lalan Singh and BJD's Pinaki Misra were present as when the former West Bengal governor filed his papers for the election in which his win is all but certain.

Union ministers Pashupati Kumar Paras, Anupriya Patel and Ramdas Athawale were among the others present.

Before filing his nomination, Dhankhar attended a meeting of MPs from different parties supporting his candidature.

The opposition has named Margaret Alva as its candidate for the election scheduled for August 6.