This Session is also important because elections for the office of President and Vice President are taking place, PM said 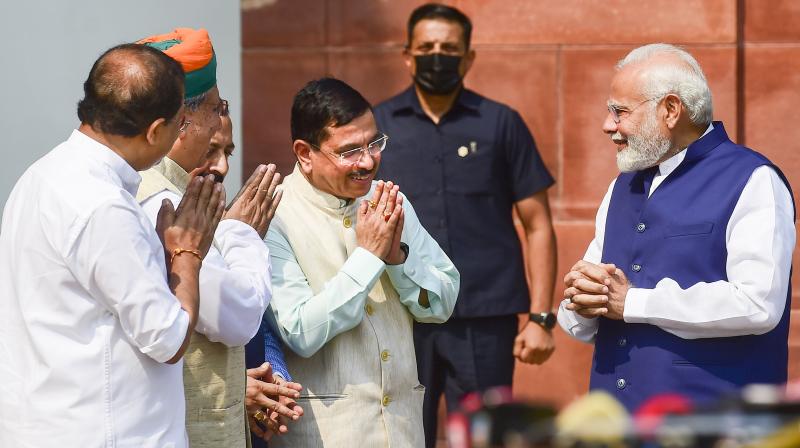 New Delhi: Ahead of the start of Parliament's Monsoon Session, Prime Minister Narendra Modi on Monday urged MPs to hold deep discussions and make the session as fruitful and productive as possible.

Speaking with reporters, Modi said Parliament functions and takes best decisions with everyone's 'prayaas' (efforts) and urged parliamentarians to must make full use of this session.

This Session is also important because elections for the office of President and Vice President are taking place, he said.

During this period, the new President and Vice President will begin guiding the nation, Modi said.

The prime minister said there should be dialogue in Parliament with an open mind.

The Monsoon Session of Parliament commences on Monday and subject to exigencies of government business, it will conclude on August 12.