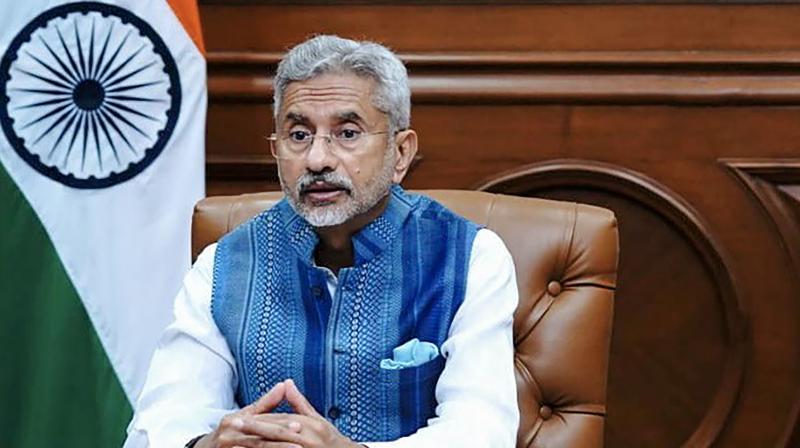 New Delhi: The Centre announced on Sunday that an all-party meeting will be held on Tuesday evening at the Parliament House Annexe in New Delhi on the situation in neighbouring cash-strapped Sri Lanka, which is facing a grave economic crisis. The meeting will be chaired by external affairs minister S. Jaishankar and finance minister Nirmala Sitharaman, who would brief the participants on developments in the island nation that is India’s southern maritime neighbour.

Parliamentary affairs minister Pralhad Joshi, making the announcement, said the floor leaders of all the political parties represented in Parliament had been invited to attend. It may be recalled the political crisis in Sri Lanka had worsened last week and led to the resignation of President Gotabaya Rajapaksa, who had fled the country.

At the all-party meeting on Sunday on the eve of the Monsoon Session starting Monday, both major Tamil Nadu parties -- the ruling DMK and the AIADMK -- had raised the Sri Lanka issue and demanded that India should intervene in the crisis there. They had particularly raised the conditions of the minority Tamils in Sri Lanka. Talking to reporters after the meeting, AIADMK leader M. Thambidurai said India should intervene to resolve the crisis in Sri Lanka. DMK leader T.R. Baalu also demanded India's intervention.

Earlier, India assured Sri Lanka it will continue to support democracy, stability and economic recovery in the country, which is now at a crucial juncture. The assurance was given to Sri Lankan Parliament Speaker Mahinda Yapa Abeywardena by India’s high commissioner Gopal Baglay when he called on the Speaker on Saturday. The meeting took place a day after Mr Abeywardena accepted the resignation of President Gotabaya Rajapaksa.

New Delhi had noted a few days ago that this year alone so far “India has expeditiously finalised and delivered assistance as well as support worth about $3.8 billion in currency swaps, deferment of repayment of Sri Lanka’s liabilities to the Reserve Bank of India under the Asian Clearing Union mechanism, apart from credit assistance of about $1.5 billion for financing imports of fuel, food, medicines, fertilisers and other essential commodities from India”.

MEA spokesman Arindam Bagchi had said: “Ensuring peace, stability and prosperity of all countries in our region is an important aspect of the Neighbourhood First policy... This is in the case of Sri Lanka clearly evident in the close and multifaceted relationship that we have with that country and the commitment we have demonstrated in helping the Sri Lankan people to address the challenges that are rising out of the current situation in that country. We will, of course continue to stand with the people of Sri Lanka as they seek to realise their aspirations for prosperity and progress through democratic means and values as well as established institutions and a constitutional framework.”

The spokesman added: “We are monitoring the evolving situation in that country. Let me emphasise that our ties with Sri Lanka are historic and comprehensive, and we continue to remain engaged with all the relevant stakeholders in Sri Lanka. We look forward to an early solution.”