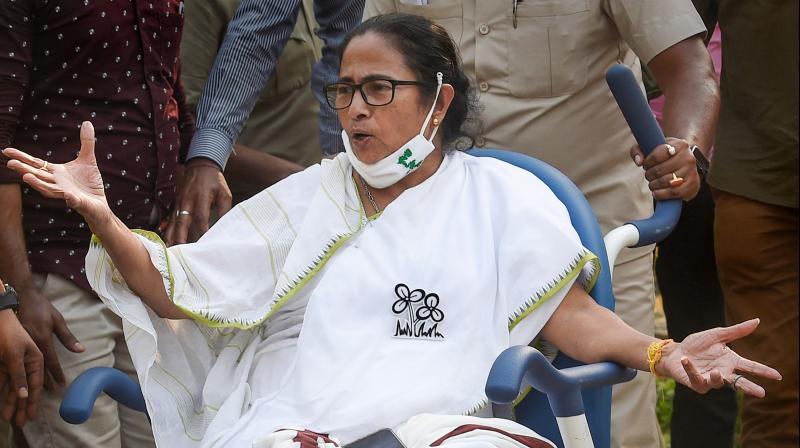 After storming to power for the third consecutive time, the Trinamul Congress supremo reinstated Virendra as the state top cop and shunted Mr Pandey to fire and emergency services department as it's DG. (Representational image: PTI)

The three upright cops, Nirajnayan Pandey, Adhir Sharma and Suman Bala Sahoo, belong to the 1987 batch of the  West Bengal cadre. Among them, Mr Pandey was appointed as the state DGP by the Election Commission in place of Virendra during the recently concluded Assembly polls in the state.

After storming to power for the third consecutive time, the Trinamul Congress supremo however reinstated Virendra as the state top cop and shunted Mr Pandey to fire and emergency services department as it's DG. While Mr Sharma is DG (railways), Ms Sahoo is DG (telecommunication) of the state police.

According to sources, the three IPS officers were individually invited last month to separate meetings where they were offered the state DGP post by a senior bureaucrat. But none of them accepted it after having an ethical thought, sources claimed to this newspaper.

Sources indicated that the senior IPS trio perhaps felt that since they rose to the DG rank through hard work, passion and dedication while working under a state government over the years, they should not go against the UPSC rules to get the hot seat.

Stung by their rejection, the state government later decided to go by the rulebook of the UPSC mandated by the Supreme Court. It has empanelled 21 senior most IPS officers including 10 in DG rank, which has Mr Pandey, Mr Sharma and Ms Sahoo on board also, and 11 others as additional DGs to be counted as eligible before the UPSC.