Nalini had moved the High Court, seeking a direction to the Governor to countersign the advice of the council of ministers. 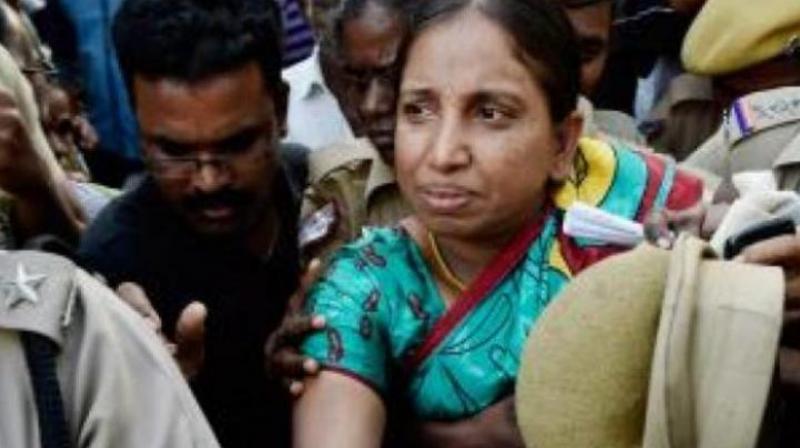 Quoting Supreme Court verdicts, the bench said the law gives complete immunity and privilege to the Governor in discharge of his Constitutional obligations. (Photo: File)

Chennai: The Madras High Court Thursday dismissed a petition filed by Nalini Sriharan, a life convict in the Rajiv Gandhi assassination case, seeking a direction to the Tamil Nadu Governor for her premature release.

A division bench comprising Justices R Subbaiah and C Saravanan held that Article 361 of the Constitution insulated the Governor of a state from being questioned or answerable before any court with respect to discharge his official duties. Quoting Supreme Court verdicts, the bench said the law gives complete immunity and privilege to the Governor in discharge of his Constitutional obligations.

Therefore, questioning the discharge of the act of a Governor or failure to discharge his Constitutional obligations cannot be subjected to judicial review under Article 226 of the Constitution by arraying the Governor as a party to the writ proceedings, the bench said.

In this case, even arguing that the Governor did not take into account the advice given by the council of ministers will not be a ground for the petitioner to approach the court contending that the fundamental rights guaranteed under the Constitution has been infringed, it said. "The privilege and immunity conferred on the Governor under Art 361 is a clear bar on the petitioner to file the present petition.

The Governor cannot be equated with the instrumentalities under Article 12 of the Constitution who are amenable to the jurisdiction of this court through writ petition," the bench said in its order.

The bench had on July 12 reserved orders on the petition after hearing arguments during which the counsel for Nalini had contended that a direction can be given by the court to the Governor.

The state Advocate General had countered it saying the Governor enjoys unqualified immunity under Article 361(1) of the Constitution and hence no direction can be given to him.

The matter relates to the September 9, 2018 advice of the council of ministers to Governor Banwarilal Purohit to release Nalini and six others involved in the assassination of the former prime minister.

The cabinet had adopted a resolution to this effect and Fisheries Minister D Jayakumar had said the Governor had to accept the decision by virtue of being the executive head of the state.

Nalini had moved the High Court, seeking a direction to the Governor to countersign the advice of the council of ministers. The cabinet decided to release the convicts -- V Sriharan alias Murugan, T Suthanthiraraja alias Santhan, A G Perarivalan alias Arivu, Jayakumar, Robert Payas and Nalini -- under Article 161 of the Constitution, The seven are serving life sentence for their role in the assassination of the former prime minister by an LTTE suicide bomber on May 21, 1991 in nearby Sriperumpudur.

On July 5, the high court had granted one month parole to Nalini after she argued in person her plea seeking the relief to make arrangements for her daughter's wedding.