Death roll rises up to 28 in Assam floods; over lakhs shifted to relief camps

According to ASDMA, lakhs of people have been affected in around 4,626 number of villages in Assam due to rains. 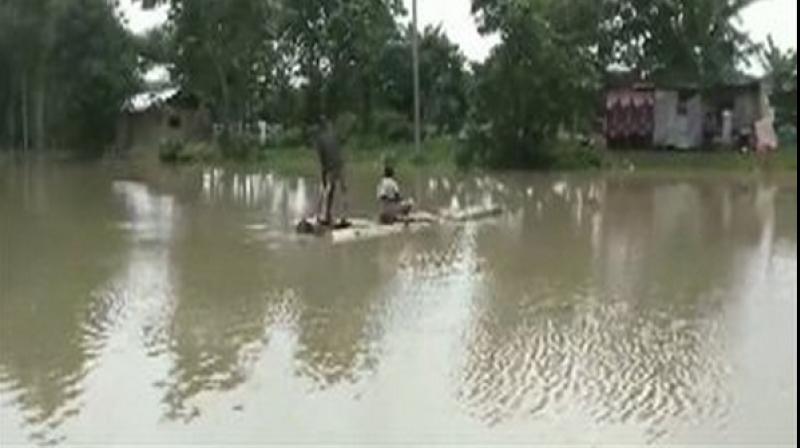 The death toll due to flood in Assam has increased to 28 with 10 bodies recovered from different parts of the region in the last 24 hours, authorities said on Thursday. (Photo: File)

Dispur: The death toll due to flood in Assam has increased to 28 with 10 bodies recovered from different parts of the region in the last 24 hours, authorities said on Thursday.

"Total 10 numbers of persons have lost their lives due to flood in the districts of Sonitpur (2), Udalguri (2), Kamrup (M) (1), Morigaon (4) and Nagaon (1) in last 24 hours. In this season, the total numbers of death is now 28 persons in Flood and 2 persons in a landslide," Assam State Disaster Management Authority (ASDMA) stated in its report titled 'Flood Situation in the State.'

ASDMA also mentioned that water level of Brahmaputra river at Neamatighat (Jorhat), Tezpur (Sonitpur), Guwahati (Kamrup) and Goalpara and many others have reached the danger level.