The aircraft had taken off from Punjab's Pathankot and crashed in Kangra on Wednesday. 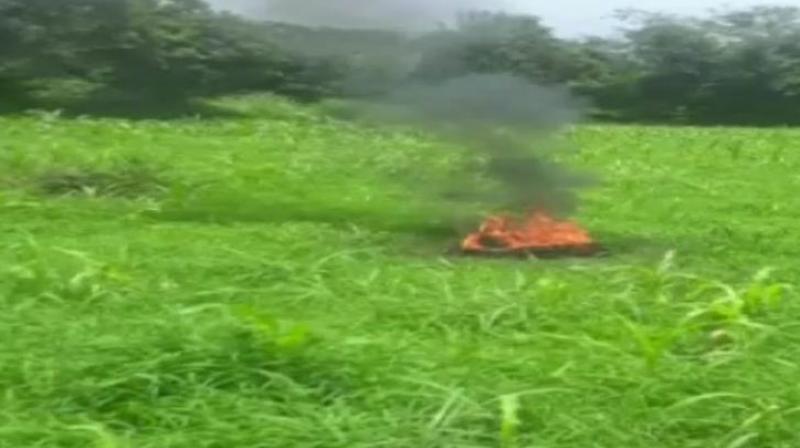 Rescue teams are on their way and further details are awaited. (Photo: ANI/Twitter)

Kangra: A MiG 21 fighter jet that took off from Punjab's Pathankot crashed in Kangra district of Himachal Pradesh, police said on Wednesday.

The pilot has died in the crash, news agency ANI reported.

Two IAF helicopters have landed at the crash site with Air Force personnel who are conducting preliminary investigations.

"The MiG-21 took off from Punjab's Pathankot and later lost contact with its system. Police present on the spot. The fire has been doused but debris is scattered everywhere," Santosh Patial, Kangra SP, told ANI.