While Abhimanyu was stabbed to death, 2 other SFI activists suffered grievous injuries in the attack. 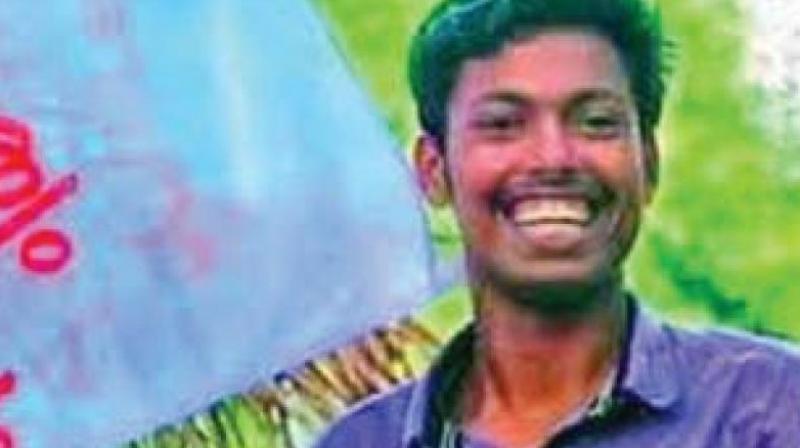 Abhimanyu, a second-year degree student at the college, was a resident of Vattavada in Idukki district and also a member of the organisation's Idukki district committee. (Photo: File)

Kochi: The prime accused in the killing of an SFI leader in Kerala has been nabbed, a senior police official said on Wednesday.

Ernakulam Range IG Vijay Sakhare said Campus Front leader Muhammed, who is the first accused in the killing of the Ernakulam Maharajas College student Abhimanyu, has been taken into custody.

"We have got him. It's a big breakthrough," Sakhare told news agency PTI.

He, however, did not elaborate.

His arrest will be recorded in the evening, police said.

Muhammed, who is also a third-year Arabic degree student in Maharajas College, allegedly organised the gang of 15 to 17 men comprising activists of Popular Front of India (PFI), its political offshoot SDPI and student outfit Campus Front, to attack SFI activists in the college campus early this month.

While Abhimanyu was stabbed to death, two other SFI activists suffered grievous injuries in the attack allegedly using sharp-edged weapons.

Police had on Tuesday informed the Kerala High Court that a man, who was one of the accused in the case relating to chopping off the hand of a professor in 2010, had a key role in the killing of Abhimanyu.

Joseph's right hand was chopped off on July 4, 2010, while he was returning home after attending Sunday mass at a church in Muvattupuzha in Ernakulam district, on charges of blasphemy.

They said Manaf, the 13th accused in the case had an important role in executing the killing of the SFI leader.

Dismissing the pleas, the court had said the petitioners' apprehensions were unfounded and directed police to go ahead with the probe into the killing.

Adhil, a Campus Front Ernakulam district committee member from Aluva area, was arrested on July 15 from his home.

Launching a state-wide crackdown on the activities of SDPI, PFI and Campus Front after the killing of Abhimanyu, police have taken their several workers into preventive custody.