39-year-old Anissia Batra, who committed suicide, came to know a month ago about her husband's first marriage. 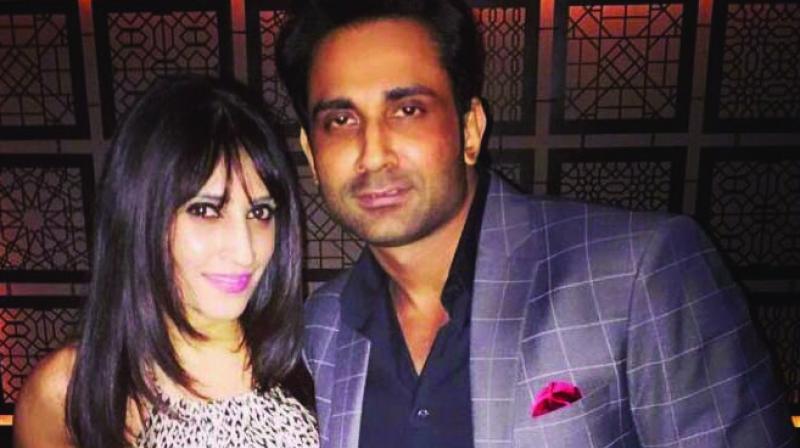 Anissia Batra had been married for over two years and used to live with her husband, Mayank Singhvi in Hauz Khas. (Facebook Screengrab | Anissia Batra)

New Delhi: Police suspect that a female flight attendant, who allegedly committed suicide in south Delhi's Panchsheel Park, was upset with her husband as she had recently discovered that he was a divorcee, a senior police officer said on Tuesday.

The senior officer, who was privy to the probe, said 39-year-old Anissia Batra, who worked with a German airline, came to know a month ago that Mayank Singhvi was a divorcee.

"He had not told her about his first marriage. After she found out about his earlier relationship, she was quite hurt. It is suspected that they must have had arguments over it," said the officer.

Batra had allegedly jumped from the terrace of her house on Friday. Her family claimed that Singhvi used to physically abuse her and they also accused his parents of harassing her for dowry.

Singhvi was arrested on Monday and was produced in a city court on Tuesday. He was then sent to judicial custody for 14 days. "We will apply for his custody after recording the statements of witnesses," the official added.

A friend of Anissia's family said the police informed them about Singhvi's court hearing half an hour before her cremation.

She claimed that Batra's brother did not even get a chance to say goodbye to her.

The police said that it was the duty of the investigating officer to inform the complainant's family about the hearing.

Her family also accused the police of not arresting Singhvi's parents, despite them also being "responsible" for her death. "(Mayank) Singhvi's family have used influence. We need media support. His parents should also be arrested because they have constantly instigated fights between them," she alleged.

Deputy Commissioner of Police (South) Romil Baaniya said Singhvi's parents had been granted exemption from joining the probe by the court till July 20 on personal grounds.

They would be questioned after that, he said.

The officer said the victim's parents told the magistrate that Batra was harassed for dowry and they would be speaking to her parents.

Baaniya also said they would try to ascertain the reason for the argument between the couple, following which Batra had allegedly jumped from the terrace.

Anissia had sent a message to her husband that "he would see her dead face" before allegedly committing suicide, police said.

In their complaint, Batra's family stated that her husband used to "physically assault" her and ask her for money. "Another issue that the couple had a fight about was Batra selling off her flat in Vasant Vihar," the police official said.

The officer said Singhvi, a software engineer in Gurgaon, used to earn Rs 4 crore per year and gifted luxurious items to Batra. He had even gifted her a BMW on her birthday. The BMW has been seized by the police.

Batra's family claimed that Singhvi had started "physically abusing" her right from their honeymoon and in June this year, he had even assaulted her mother.