India has registered over 10,000 cases in a single day for the seventh straight day. 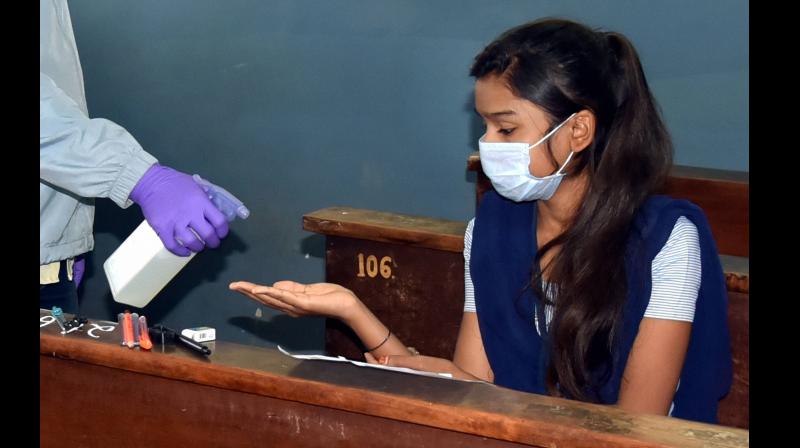 Between June 1 and 18, the country has seen a surge of 1,76,411 coronavirus infection cases with Maharashtra, Tamil Nadu, Delhi, Gujarat and Uttar Pradesh remaining among the top ten states,  accounting for the rising tally of COVID-19.

The country had recorded a massive spike of 2,003 deaths on Wednesday following a data reconciliation exercise carried out by states which brought to the fore large number of fatalities previously reported in Maharashtra and Delhi which were not attributed to the disease. India's COVID-19 fatality rate has risen from 2.8 to 3.3 per cent now.

The number of active cases as on Thursday stands at 1,60,384, while 1,94,324 people have recovered and one patient has migrated, according to the updated figure at 8 am. Around 52.95 per cent patients have recovered so far, an official said.

Of the 334 new deaths reported till Thursday morning, 114 are in Maharashtra, 67 in Delhi, 48 in Tamil Nadu, 27 in Gujarat, 18 in Uttar Pradesh, 12 in Harynana, 11 in West Bengal, eight in Karnataka, six each in Punjab and Madhya Pradesh, five in Rajasthan, three in Bihar, two each in Jammu and Kashmir and Andhra Pradesh. Chhattishgarh, Jharkhand, Puducherry, Telangana and Uttarakhand have reported one COVID-19 fatality each.

According to the Johns Hopkins University, which has been compiling COVID-19 data from all over the world, India is at the eighth position in terms of the death toll.

Jharkhand and Chhattisgarh have registered 10 deaths each, while Assam and Himachal Pradesh have recorded 8 deaths each.  Puducherry has reported 7 deaths,  Chandigarh 6 while Meghalaya, Tripura and Ladakh have reported 1 fatality each.

Chandigarh has registered 368 COVID-19 cases, Puducherry has 245 cases, Nagaland has 193, Mizoram has 121, Arunachal Pradesh has 99, Sikkim has 70, Dadra and Nagar Haveli and Daman and Diu together have reported 57 COVID-19 cases. Meghalaya and Andaman and Nicobar Islands have registered 44 infections each so far.

In view of the increasing number of cases, states are now scrambling to increase beds for patients. Indian Railways said it has deployed 960 COVID Care Coaches in five states, out of which 503 are for Delhi alone.

There are 1,000 additional beds in Mumbai after the MMRDA handed over the second phase of its COVID-19 hospital. Moreover, the Maharashtra government has sought treatment drugs Remdesivir and Tocilizumab, along with 500 ventilators from the Centre.

West Bengal government has urged authorities of private hospitals treating COVID-19 patients to increase the number of beds to tackle the recent spurt in infections. Odisha government has announced to set up COVID Care Homes (CCHs) in 6798 gram panchayats, where close to 70,000 people can be accommodated.