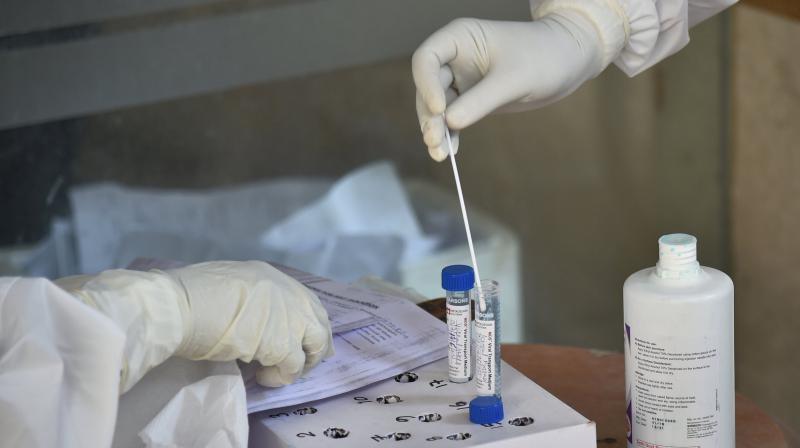 New Delhi: The Centre plans to conduct six lakh rapid antigen COVID-19 tests in Delhi at 169 new facilities being set up in the capital where 50,000 kits have already been supplied, Union Minister G Kishan Reddy said on Thursday.

He also said the central government is going to provide 500 additional ventilators and 650 ambulances to hospitals in Delhi, which has seen a spike in number of coronavirus cases over the past few days,

"From today onwards, 169 testing centres will be operational in Delhi where rapid antigen methodology will be used. We have targeted to conduct six lakh tests. People living in containment zones and relatives of the positive cases can go for test in any of these centres," Reddy told reporters here.

The Union Minister of State for Home said that as of now 50,000 rapid testing kits procured from South Korea have been sent to these 169 testing centres.

He said Delhi currently has 431 ventilators and the central government will provide 500 more to hospitals in the city.

Similarly, the central government will provide 650 ambulances to add to the 350 that the city already has, he said.

"Because of the (coronavirus) situation, people of Delhi were gripped with tension. So, the Central government took the matter seriously," he said.

Reddy said that following a directive of Prime Minister Narendra Modi and under the leadership of Home Minister Amit Shah, the Centre and the Delhi government took certain decisions for the benefit of the people of the capital.