The move is aimed at reviving the auction process, which has remained in limbo with only 31 coal blocks having been auctioned since 2014. 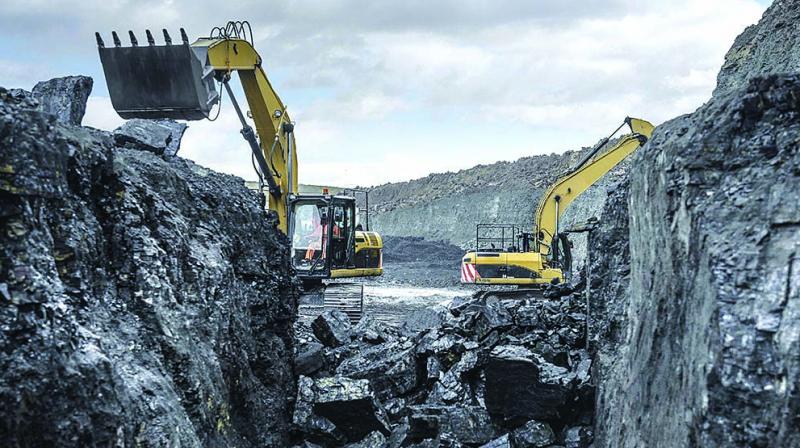 New Delhi: The Centre on Thursday launched the auction of 41 coal blocks for commercial mining, with the Prime Minister formally giving the green signal and expressed optimism that it will help in reducing dependency on imports.

The move is aimed at reviving the auction process, which has remained in limbo with only 31 coal blocks having been auctioned since 2014, when the NDA had first come to power on the promise of bringing transparency in the sector in the aftermath of the 'coalgate' scam.

Modi said that the Centre has allowed commercial mining under its Aatmanirbhar Bharat package, with the aim of making India among the biggest exporters of the dry fuel which is currently being imported.

Incidentally the Union Cabinet had cleared commercial coal mining way back in February 2018, thus ending the monopoly of Coal India Ltd, but has now repackaged it to bring it under its Aatmanirbhar Bharat package – under which it has clubbed several economic measures as part of its strategy to boost the economy, which has been hit by the Corona virus pandemic.

Despite the NDA government’s aggressive push to auction 204 coal mines (whose allocation was cancelled by the Supreme Court in 2014) until October 2019, it has managed to auction only 31 mines under the Coal Mines (Special Provisions) Act 2015.
Of these 31 mines, allotment of nine mines has been terminated for various reasons, and of the remaining 22 mines, 13 have got opening permission while 11 are producing coal.

As far as coal imports are concerned, since 2014-15, the imports have on an average basis, remained at 210 million tonnes annually.