The move will impact owners and drivers of over 90,000 auto-rickshaws plying in the city, who had played a crucial role in rise of AAP. 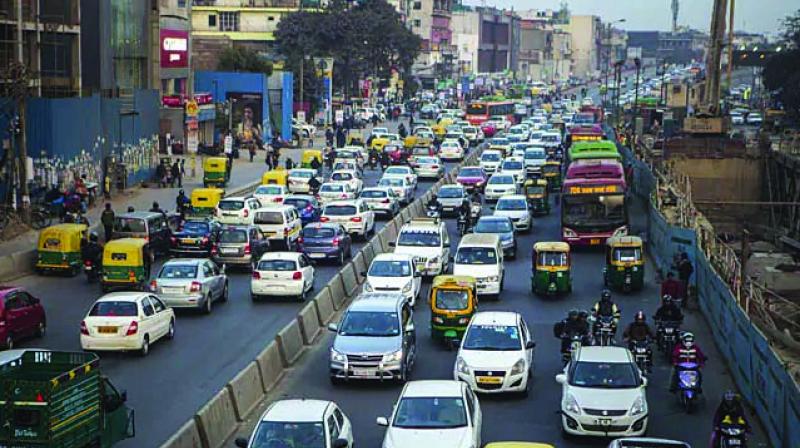 Last week, the Delhi transport department had also issued a separate notification on the new fare structure of auto-rickshaws in the national capital. (Photo: File)

New Delhi: Commuters travelling in auto-rickshaws in Delhi will have to shell out more from Tuesday, with the state transport authority issuing a notification on Monday affecting a 18.75-per cent increase on existing rates.

It comes just a few months before the Delhi Assembly election. The move will impact owners and drivers of over 90,000 auto-rickshaws plying in the city, who had played a crucial role in the rise of the AAP.

“It is for the information of general public and Auto Rickshaw operators that with immediate effect, the revised fare for Auto Rickshaw in the National Capital Territory of Delhi are as under...” the STA said in its notification, listing the revised fares According to the notification issued on Monday, the metre down charge will be Rs 25 for the first 1.5 km, instead of existing 2 km.

The per km charge has been increased from existing Rs 8 to Rs 9.5, which is a hike of around 18.75 per cent. An official said that fare meters of auto-rickshaw will be re-calibrated to calculate the new fare and it will take around 1.5 months and till then, they will charge the fare as per the new fare structure.

Last week, the Delhi transport department had also issued a separate notification on the new fare structure of auto-rickshaws in the national capital. The government also introduced waiting charge at the rate of Rs 0.75 per minute if an auto is caught up at a traffic signal. Luggage charges will be Rs 7.50. The issue of the notification by the government was delayed after officials objected to it saying that the Lieutenant Governor’s approval was needed for the notification.

Finally, it was issued on approval of Transport Minister Kailash Gahlot, following a Law Department opinion that the Lt Governor’s nod was not needed for it.