Rajasthan: Loan waiver fails to bring cheer to most farmers

Farmer groups complain that the govt’s promised crop insurance benefits have not reached them. 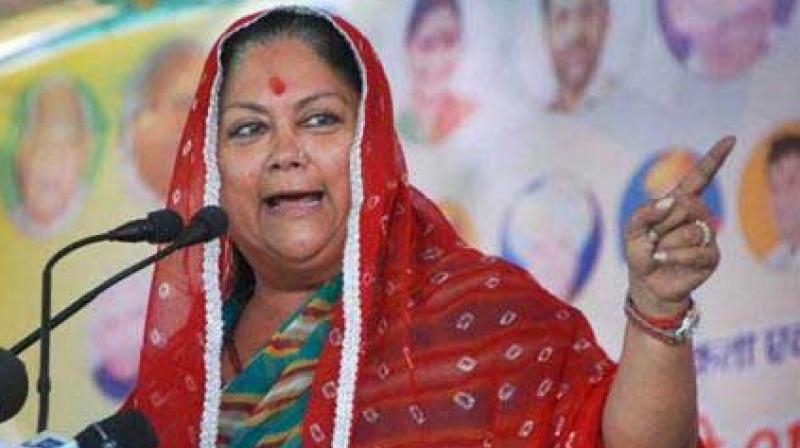 Jaipur: Around 28 lakh farmers are likely to benefit from the Rajasthan government's Rs 50,000 loan waiver scheme. Distribution of loan waiver papers has already started, but farmers are far from enthusiastic.

Attending a month-long horticulture training programme in Jaipur, the farmers claimed that strict conditions will keep most of them out (of the scheme). Even those who are eligible call it a sham.

Initially, the scheme was for small and marginal farmers only and later extended to all. However, the cash-strapped Vasundhara Raje government put several conditions to keep the number of beneficiaries low.

Only those who have taken loans from co-operative banks are eligible and income-tax payers, public representatives, serving and retired government employees and pensioners are ineligible.

Ram Prasad Doria from Kishangarh said, “Even a farmer receiving old age pension of about Rs 500 is not eligible. Is this amount enough to make ends meet, leave alone repaying the debt,” he asked.

“Only 15 to 20 per cent of farmers borrow from cooperative banks. The conditions of the waiver are so stringent that the final number of beneficiaries would be small,”state Congress president Sachin Pilot said.

What makes the farmers apprehensive is that loan waiver papers are not signed by any bank or government official. There are also no directions as to how and when money will be credited into the accounts of either farmers or cooperatives. Thus, in Ajmer, several cooperative societies approached the district collector.

“It’s nothing more than a piece of paper, good only to help us get a fresh loan. The old loan is still there in the books against our names,” said Sukhwinder Singh from Srikaranpur in Sriganganagar.

Interestingly, the farmers agree with experts that loan waiver is a short-term relief and it won’t be long before the debt piles up again unless the government checks corruption and adopts farmer-friendly policies.

They have demanded emergency steps to ensure returns are more than their input cost, end subsidy to check corruption, relax cow slaughter ban to enable farmers  return to animal husbandry which has been hit by the curbs and simplify crop insurance.

Farmers complain that common pasture land in villages has been encroached upon. Instead of removing them, the government allowed conversion of the pasture land for mining and other infrastructure activities. With no free space left for grazing, keeping animals has become unaffordable as fodder has become costly.

Facing a backlash, though Vasundhara Raje government rolled back a power tariff hike last year, but still power  is at an arm’s distance from those who cannot afford it. Beyond 50 units, the cost is still Rs 3 per unit, said Shiv Prasad, a farmer. But the real problem is a long wait for electricity connection.

Recently, the government suggested that either the farmers install power infrastructure themselves for early connection or wait for their turn. That possibly meant a decade. Even this option is for only those farmers have applied for power connections before 2012.

Farmers claim that they  do not want freebies but efficient governance which is the  only solution to end their miseries in a state with total cultivated area of about 20 million hectares out of which only 20 per cent of land is irrigated.