India   All India  18 Jun 2018  Karnataka students create awareness against use of plastic
India, All India

Karnataka students create awareness against use of plastic

The students coordinate on a WhatsApp group titled 'Swachh Bharat Mission', on which they decide the time and the location for cleaning. 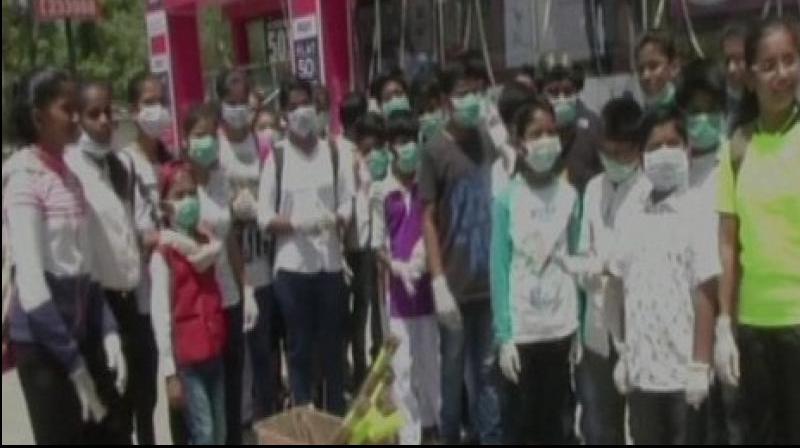 Kalburagi (Karnataka): Striving to raise awareness against the use of plastic, as many as 32 students from Karnataka's Kalaburagi spend three to four hours every week to clean the city.

The students coordinate on a WhatsApp group titled 'Swachh Bharat Mission', on which they decide the time and the location for cleaning.

This adds to the number of cleanliness drives initiated across the nation since the announcement of the Swachh Bharat Mission in 2014.

Among the most notable ones is a lawyer and activist Afroz Shah-initiated clean-up drive in Mumbai's Versova beach, which started in October 2015 and has reportedly removed over five million kilograms of trash from the beach.

On June 7, Prime Minister Narendra Modi, in an interaction with beneficiaries of various central healthcare schemes, stressed on the role of the Swachh Bharat Mission in creating a healthy India.

Also, in May, as many as 8000 toilets were constructed in the Jammu and Kashmir's Kathua district in compliance with the Swachh Bharat Mission.

The 'Swachh Bharat Abhiyan', launched in 2014 on Gandhi Jayanti, aims to clean up the streets, roads and infrastructure of smaller towns, cities and rural areas.

Further, the objectives of the mission include construction of household-owned and community-owned toilets, to make India open-defecation free.