WB CM had said, the GJM-led agitation in the hills is a ‘deep-rooted conspiracy’ supported by insurgent groups of NE and foreign countries. 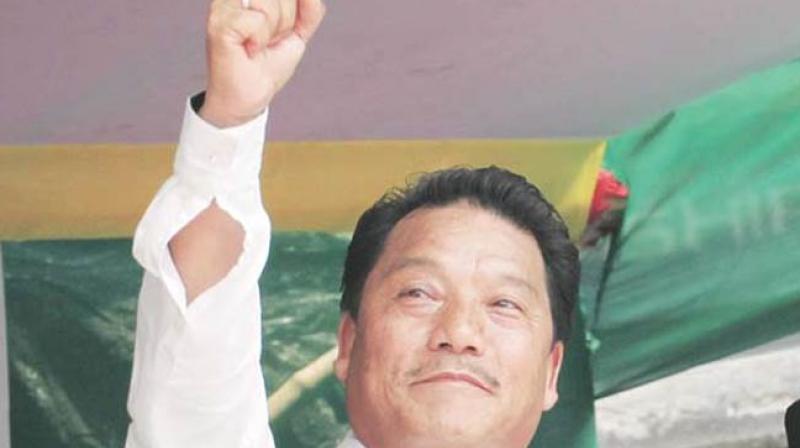 Darjeeling: Gorkha Janmukti Morcha chief Bimal Gurung has termed Chief Minister Mamata Banerjee's claim that the agitation in Darjeeling hills was supported by insurgent groups as ‘white lies’, and also asserted the struggle for a separate Gorkhaland state would be intensified.

Mamata Banerjee had on Saturday said that the GJM-led agitation in hills is a ‘deep-rooted conspiracy’ supported by the insurgent groups of the Northeast and some foreign countries.

"The allegations are baseless, Mamata Banerjee is trying to mislead people. It is not a political fight but a fight for our own identity. We will not stop until Gorkhaland is achieved. The struggle will intensify in the hills," Gurung said in an audio-visual statement.

Read: Mamata called us terrorists, not ready for talks with WB govt: GJM

Meanwhile, is bracing for another shutdown as the Gorkha Janmukti Morcha (GJM) leadership has decided to hold a protest rally with the bodies of two people allegedly killed during Saturday's clashes.

The GJM has claimed that two of their supporters were shot dead by police in Singmari. The police rejected the allegations of firing by its personnel, and said one person was killed during the clashes.

A senior GJM leader on Sunday said, "We will hold the rally at Chowbazar with the bodies."

The police, who have been on high alert after Saturday's violence and arson, conducted route marches with the Army in several parts of the hills.

Police pickets and barricades were placed in front of the government and GTA offices, and various entry-exit points of the hills. Several woman police personnel have also been deployed.

Except for medicine stores, all others shops and hotels remained closed in .