India   All India  18 May 2019  Woman activist held for extortion bid on Mahesh Sharma
India, All India

Usha Thakur, in her 60s, was held from her house in Sector 31 at around 10 am, a police official said. 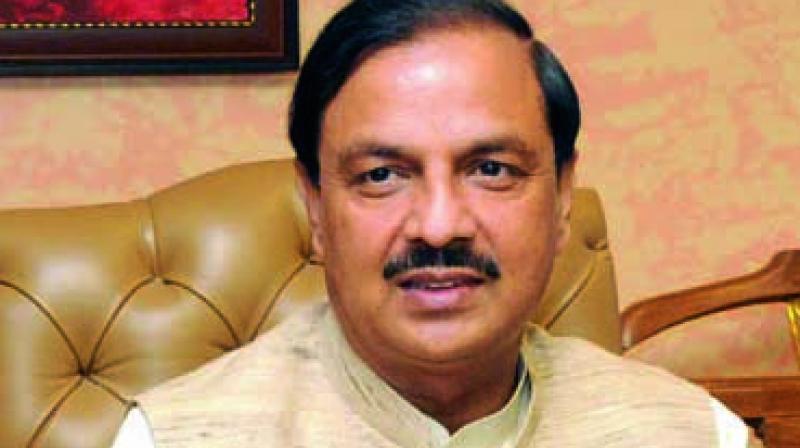 Noida: A social worker was arrested on Friday by the Noida police for allegedly hatching a conspiracy to extort Rs 2 crore from Union minister and BJP leader Mahesh Sharma, officials said.

Usha Thakur, in her 60s, was held from her house in Sector 31 at around 10 am, a police official said.

Thakur is accused of extortion, forgery and criminal conspiracy linked to a pre-election “sting operation” done by a gang helmed by a man who ran a local news channel that was shut down after demonetisation, according to the police. The gang was demanding Rs 2 crore from Mr Sharma after threatening to make public an “objectionable” video, the officials said, adding that three people directly linked to the case were already arrested in April.

“Usha Thakur was arrested this morning from her house. She has been arrested following detailed interrogation of other accused involved in this case,” SHO of the Sector 20 police station Rajvir Singh Chauhan said.

“Thakur had facilitated the meeting between the people who conducted the so-called sting operation and the Union minister. She has been arrested based on evidences of her role in the whole conspiracy,” he said.

She was produced before a local court, which remanded her in judicial custody, Mr Chauhan said.

Earlier in April, the police had arrested Aalok Kumar, the owner of the now defunct news channel, from Kolkata along with his aide Nisha. She was held from Mr Sharma’s Kailash Hospital.

Nisha had reached the hospital with a message from Aalok Kumar that the minister must pay the ransom amount or otherwise the 20-minute video, that was reportedly recorded on March 24, would be made public.

One more man, identified as Khalid, who worked in the gang and is named in the FIR, is absconding, the SHO added. Thakur is the granddaughter of the brother of legendary Hindi poet Ramdhari Singh “Dinkar”.