PM Modi's visit to the holy shrine comes a day before 59 parliamentary constituencies, including Varanasi. 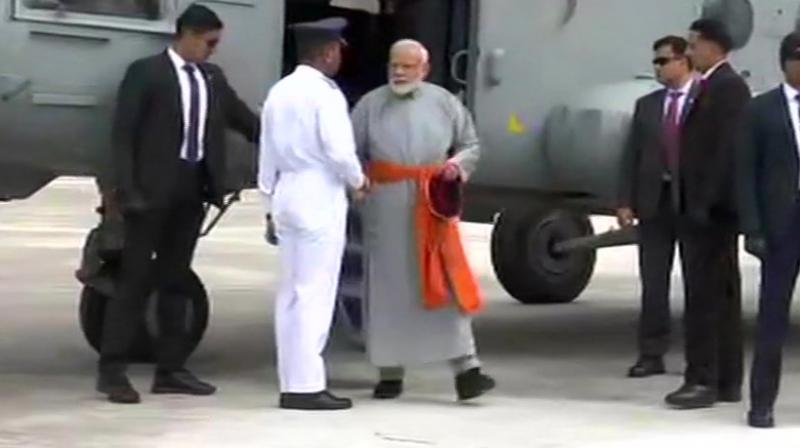 Keeping in view PM's arrival, security has been tightened near the shrine. (File Photo)

Kedarnath: Prime Minister Narendra Modi Saturday offered prayers at the Himalayan shrine of Kedarnath, a day after campaigning for the general election came to a close. He reached Jollygrant airport this morning from where he directly came here, officials said.

Dressed in a traditional pahari outfit, Modi offered prayers at the temple for around half-an-hour and undertook circumambulation of the shrine. Modi will meditate and take stock of the ongoing development works in the temple town later in the day, official said.

The town was devastated in a series of cloudbursts in 2013. This is Modi's fourth visit to the temple dedicated to Lord Shiva in the last two years. He will offer prayers at Badrinath on Sunday.

The portals of both the shrines were reopened for devotees after the winter break early this month. BJP Uttarakhand president Ajay Bhatt said this is "just a spiritual visit" and the people of the state are excited for it. Stringent security arrangements have been made for the prime minister's visit, DGP (law and order) Ashok Kumar said.

The Election Commission gave its nod to the visit while "reminding" the prime minister's office that the model code of conduct is still in force. Polling for the seventh and the last phase of the general election will be held Sunday.