Interestingly, apart from Rajkot, Aurangabad also has a 'Roti Bank' which collects food from local residents and provides it to the poor. 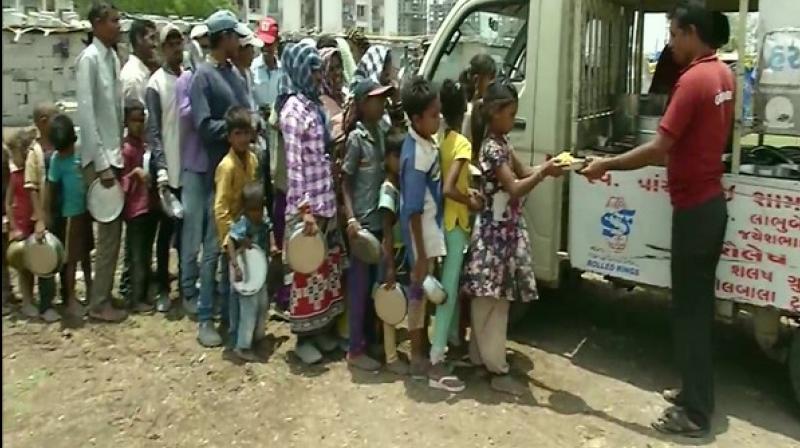 The initiative, called 'Roti Bank', has grown within a few months of its inception. (Photo: ANI)

Rajkot: In order to ensure that no person goes to bed hungry, a charitable trust named Shree Bolbala Charitable Trust based in Rajkot has come up with an initiative to feed the needy.

The initiative, called 'Roti Bank', has grown within a few months of its inception. With the help of auto-rickshaw drivers, the bank collects home-cooked rotis and later distributes it among not only the needy in the city but also to the patients in hospitals.

"There is a concept in Roti Bank. We collect rotis from more than 1000 households and every hour we are collecting. The volunteers collect two rotis from each household and then deliver to the needy across the city," said Jayesh Upadhyay, Trustee, Shree Bolbala Charitable Trust.

Another member of the trust said, "We want to ensure that no one sleeps with an empty stomach. The idea of launching a roti bank came after we saw videos of such banks in Bihar and Punjab."

Interestingly, apart from Rajkot, Aurangabad district of Maharashtra also has a 'Roti Bank' which collects food from local residents and provides it to the poor.