India   All India  18 May 2018  Month after stir, dalits languish in jail
India, All India

Mevani, who along with RTI activist Nikhil De, had visited dalit families in Khairthal said that the police was brutal. 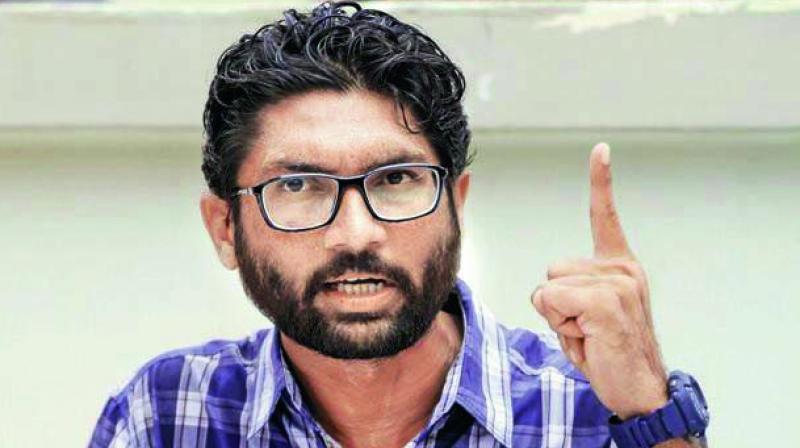 Jaipur: Twenty-five-year-old Kanchan Verma is worried about her husband Ravindra Verma’s job and future of her family. Ravindra, a CRPF jawan posted in Srinagar for last four years, had come home on 12 days leave to attend her sick mother. He was sitting at home with her wife on the day of Bharat bandh when police banged the door. His wife Kanchan opened the door and before anyone could understand, the policemen pulled up and dragged Ravindra. He was not even allowed to put on slippers. “He was severely beaten. There were blood stains on his clothes that I brought back from the jail,” Kanchan said.

More than six weeks after the arrest, Ravindra, like hundreds of other dalits, is still languishing in jail. “For almost a month, all we got was another date on every hearing before the bail was rejected finally. The police implicated him in 11 different sections,” she said as tears rolled down her cheeks.

Same thing is bothering Asha whose husband Chauthmal, a government teacher, is also in jail since April 2. “We were watching TV, when the police broke the door and barged in. He was beaten up while taken to police station,” she said.

A public hearing by 38 civil right organisations and political parties was organised against police brutality and oppression of dalits and advasis post Bharat Bandh on April 2. A large number of women had come from across the state to narrate their ordeal.

Mevani, who along with RTI activist Nikhil De, had visited dalit families in Khairthal said that the police was brutal.

“They didn’t spare women and children. An old woman complained that a policeman stomped on her chest. An eight-year old boy was hit on face by a policeman with a lathi and another boy was lifted and thrown on the ground,” he alleged in a press conference afterwards. According to Mevani, it was a conspiracy to target dalits.