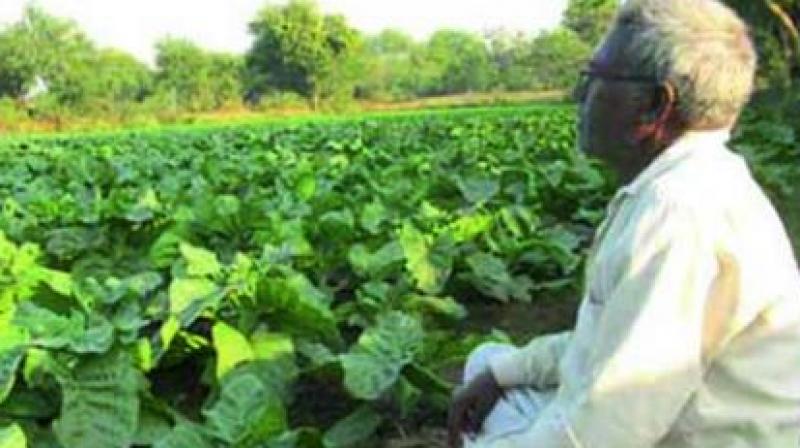 While last year, the Niti Aayog had prepared a three-year action agenda till the year 2019-2020 under which it had listed some “ambitious proposals for policy changes”, the development agenda will focus on actually achieving those goals by 2022.

New Delhi: Despite being saddled with tough economic challenges like falling exports, lack of jobs, sluggish manufacturing and unsatisfactory foreign investment in its last year in office, the Narendra Modi dispensation has set some ambitious goals for itself by prioritising economic growth, doubling of farmers’ income and improving exports by 2022.

Top sources informed this newspaper that the government think-tank Niti Aayog has almost finalised “Development Agenda for New India 2022”. The document gives top priority to doubling the income of farmers and boosting exports.

The Prime Minister’s Office (PMO), they added, has categorically indicated that the development agenda should consist of concrete ways to achieve these objectives without compromising on the 2022 deadline.

While last year, the Niti Aayog had prepared a three-year action agenda till the year 2019-2020 under which it had listed some “ambitious proposals for policy changes”, the development agenda will focus on actually achieving those goals by 2022.

The Prime Minister had in his Independence Day speech last year mentioned about creating a “New India” by 2022, the 75th year of India’s Independence. To achieve this, he had listed out several targets which need to be fulfilled. Top among these were eliminating social problems like poverty, corruption, terrorism, casteism and communalism.

The development agenda though will focus on suggesting practical measures for fast-tracking economic growth, job creation, improving exports and manufacturing.

Subsequently, the Niti Aayog, which had been working on the three-year action agenda from 2017-18 to 2019-20, is now prioritising the development agenda for New India 2022.

While it is only a new name for the seven-year strategy, which along with the three-year action agenda formed the prelude to the 15 year vision document, sources informed that considering the challenge before the government to propel economic growth, it is being revamped with achievable goals.

Even as the Centre is busy charting out strategies to counter the economic challenges before it, the 15-year vision document, which was to commence immediately after the conclusion of the 12th Five Year Plan (which ended on March 31, 2017), is yet to be implemented and is currently on the backburner.

Niti Aayog vice-chairman Rajiv Kumar soon after taking charge in September 2017, had said that the entire focus of the government think tank is on finalising the development agenda for New India 2022. And with general elections less than a year away, it is on top of the priority list of the government, sources said.