Goa Cong MLAs and RJD leaders in Bihar met the Governors of respective states to stake claim to form government. 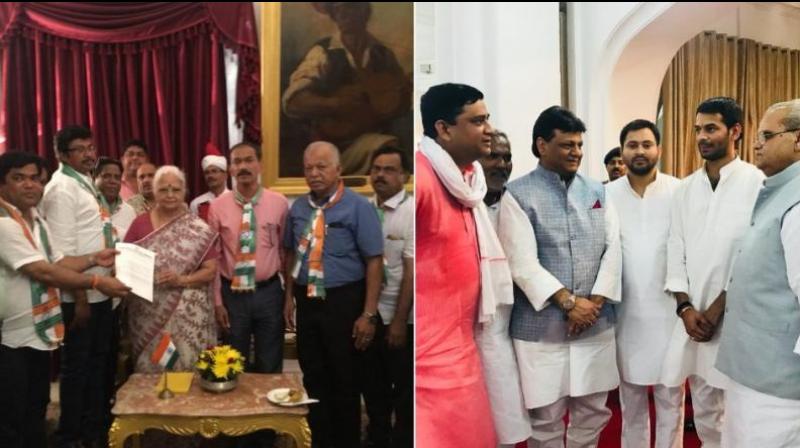 Yadav handed over letters to the Governor, stating that they were the single largest party elected in 2015 Bihar Legislative Assembly election and hence should be invited to form a government in the state.

“We are going to prove our majority to the Governor. We stake claim to form the government. We have the support of many parties and MLAs of those parties are with us. Let's see what happens," the RJD leader said before meeting the governor.

This political development came after Karnataka Governor Vajubhai Vala invited the Bharatiya Janata Party (BJP), the single-largest party, to form a government in the state.

While the Congress bagged 17 seats in Goa in 2017 state Assembly election and the BJP won only 13 seats.