The guns would be used to enhance defence system in high-altitude areas in eastern border against China. 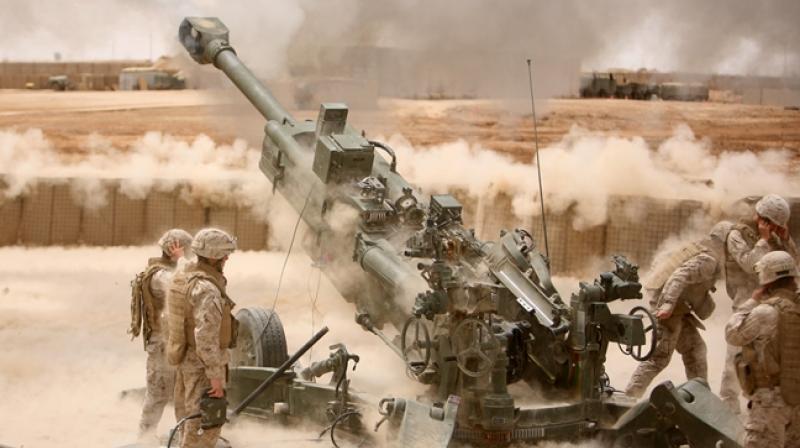 New Delhi: The Indian Army on Thursday received two new artillery guns – the Howitzer M-777s, which have a maximum range of 30 km, from the United States. The guns would be used to enhance defence system in high-altitude areas in eastern border against China.

According to a report, this is the first time in three decades, since the Bofors scandal that the Indian army has received howitzers.

The two howitzers are part of India’s 145-gun order from the US according to a deal signed last year which cost USD 700 million.

According to the report, the acquisition of the first two howitzers is part of Indian Army’s Rs 22,000-crore modernisation plan, under which it will acquire five different types of artillery guns.

"We continue to support the US government in integrating its weapon systems with the Indian Army's artillery modernisation programme," the report quoted an official of the company as saying.

The BAE Systems, which manufactures the M-777 ultra-light howitzer guns, will deliver 25 of the 145 to India, while the rest will be assembled here by Mahindra.