The Bhim Army was founded in 2014 by Chandra Shekhar and is a much more aggressive organisation than the BSP. 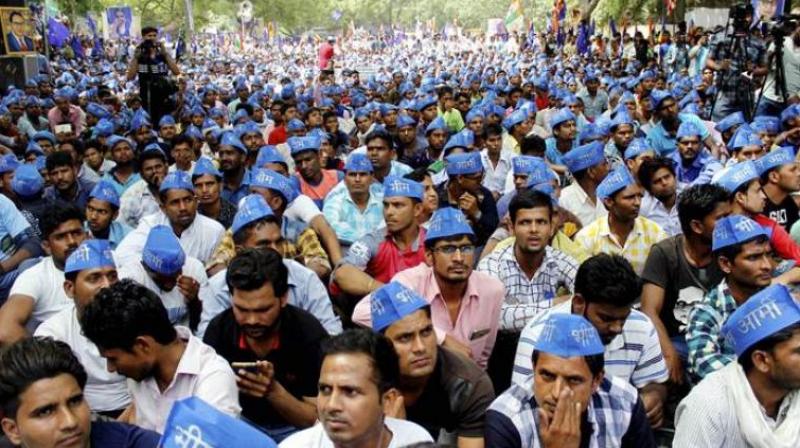 Lucknow: The Bahujan Samaj Party in Uttar Pradesh is extremely worried and it is not about elections or alliances. This time it is about its own future and existence. The BSP leadership, according to sources, is getting increasingly anxious over the emergence of Bhim Pathshalas being run by Bhim Army, mainly in western Uttar Pradesh.

The Bhim Pathshalas that run after school hours not only help dalit children with their homework but also inform and educate them about the dalit movement, its history and the changing social scenario.

“Most importantly, we make them aware of the fact that they are not lesser human brings and must stand up for their rights”, said Kamlesh Gautam, a Bhim Army leader.

The BSP is now feels that these pathshalas are catching the dalits young and by the time these children grow up, their loyalty would be to the Bjim Army and not necessarily the BSP.

The BSP, till now, has been looked upon as the only political alternative for dalits and with Kanshi Ram looked upon as a worthy successor to Dr B R Ambedkar, dalits naturally veered towards the BSP.

The Bhim Army was founded in 2014 by Chandra Shekhar and is a much more aggressive organisation than the BSP.

The party made national headlines last year during the thakur-dalit caste clashes in Saharanpur. Bhim Army president Chandra Shekhar was arrested and has been in jail since the past 11 months. The Bhim Pathshalas started in 2015 but their number multiplies rapidly and currently, there are about 1250  pathshalas being run by the party.