Voters can exercise their franchise for Latur, Chandrapur and Parbhani corporations between 7.30 am and 6.30 pm on Wednesday, said SEC. 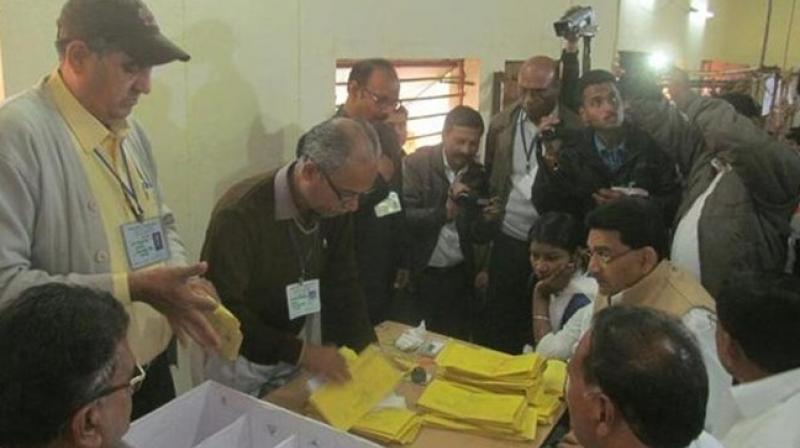 Mumbai : In view of severe heat across Maharashtra, the State Election Commission has extended the poll timing by one hour for municipal corporation elections at three places scheduled tomorrow.

"Voters can exercise their franchise for Latur, Chandrapur and Parbhani corporations between 7.30 AM and 6.30 PM tomorrow," the State Election Commissioner J S Saharia said.

The polling hours at the time of announcement of election for three municipal corporations at Chandrapur, Latur and Parbhani were between 7.30am and 5.30pm.

He said the decision to extend the poll timing was taken in the view of severe heat conditions prevailing in Vidarbha and Marathawada regions of the state. While Chandrapur falls under Vidarbha region, Latur and Parbhani fall under Marathwada.

Maharashtra has been reeling under severe heat for the last few days, with the temperatures crossing 40 degrees Celsius in many parts of the state.

Saharia said that adequate arrangements will be made for providing shelter from heat at all polling stations, besides facilities for drinking water. The extension of poll timing will be also applicable for by-elections to be held tomorrow for one seat each in Akola Zilla Parishad and Akot Panchayat Samiti in Akola district in east Maharashtra.

A total of 7,93,621 voters are eligible to cast their votes in the three corporations. The results of elections, including of the bypolls, will be declared on April 21.