India   All India  18 Apr 2017  CM rules out total ban on liquor in Uttarakhand
India, All India

CM rules out total ban on liquor in Uttarakhand

Regulation is always a better option than total prohibition and the state government is moving steadily towards that goal, said Rawat. 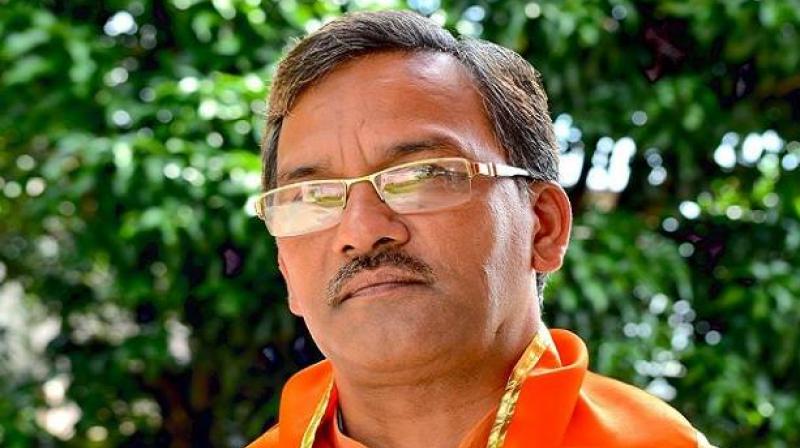 Dehradun:  The predominantly tourist state of Uttarakhand "cannot afford" to go for a total ban on liquor, Chief Minister Trivendra Singh Rawat said, noting that prohibition had "failed" in Bihar and Haryana.

Regulation, he said, is always a better option than total prohibition and the state government is moving steadily towards that goal. Citing the examples of Haryana where liquor was banned when late Bansi Lal was at the helm and Bihar where prohibition is in force, Rawat said the experiment had failed in both states.

"While it had to be revoked in Haryana with people hitting the streets in protest against the move, I have reports that international conferences are not being held in Bihar's capital Patna any more due to non-availability of liquor in the markets.

"Meets and conferences hosted by Bihar government in which foreign delegates participate are now being shifted to Ranchi, the capital of the neighbouring state of Jharkhand or the neighbouring Varanasi in UP where there is no prohibition," he said in an informal chat with reporters at his official residence on completion of one month in office.

He noted that total prohibition also leads to illicit liquor trade."We don't want to make liquor a source of earning revenue and will regulate its sale and consumption in a gradual way to discourage it and save the younger generation from its ill effects. But we are predominantly a tourist state earning around Rs 2000 crore annually from tourist arrivals.

We cannot afford to go for total prohibition," the Chief Minister said. He said from May 1 onwards when the state government's new excise policy will come into effect liquor shops in Uttarakhand will be open only for six hours from 3 PM to 9 PM.

Terming it as one of the first steps towards regulating liquor trade and consumption in the state, he said rules are also being framed to deal toughly with people creating nuisance in public places after consuming alcohol.

On comparisons being drawn between him and his Uttar Pradesh counterpart Yogi Adityanath, the Chief Minister said their objective was the same. "We may be going at our own pace but the goal is the same.

We have to provide corruption free, transparent and balanced governance," he said.Taking electricity to all the villages by the end of 2017, reining in migration from the hills through employment generation and putting an end to illegal mining and prevalent cheating of people in registry of land purchased by them are among the priorities of the state government, he said.

"Following complaints that one piece of land was being registered in the name of as many as four persons, a fool- proof mechanism is being put in place to ensure that no one is cheated by registry officials when they go to them for the registry of their property," he said.

The state government has also set a target of earning Rs 1000 crore this year from mining, he said.